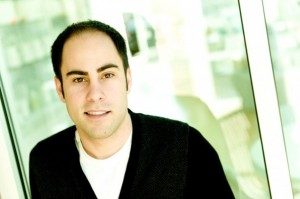 Nick Floyd is Associate Pastor/Preaching Assistant at the FBC Springdale, AR and The Church at Pinnacle Hills, Rogers, Arkansas. He previously served on staff at Prestonwood Baptist Church in Dallas, TX before joining FBC Springdale.  Nick has a B.S. from Liberty University, a Masters of Divinity from Southwestern Baptist Theological Seminary, and is nearing completion of a Dmin from Liberty Baptist Theological Seminary. He is married to Meredith and they have a daughter named Reese (2yrs old) and a son due in November.

b21 Interview with Nick Floyd

2. What were the highlights of the annual meeting to you?
I think most would agree the overwhelming response to the GCR motion had to be the highlight of the convention.  It was a great sign for our denomination to show such strong support for doing all we can to greater fulfill the Great Commission.   I think the GCR is something that the convention has rallied behind.  I have told a few different people who did not attend the SBC about the unity that was apparent during the convention.  It seems like we are moving beyond issues that have divided us and are uniting around the cause of spreading the gospel.
Another highlight for me was seeing so many younger people at the convention.  Over 600 people, most of us younger Southern Baptists, joined together at the Baptist 21 panel.  I think the leadership of Johnny Hunt, the excitement of the Great Commission Resurgence, and Baptist 21 event all contributed to the high attendance of the younger generation.

4. What was the most interesting thing you heard at the b21 panel?
I can’t remember exactly how Dr. Mohler said it, but he said something to the tune of, “Make us earn every penny you send us.”  I love this attitude.  We who are pastors, staff, and lay members of SBC churches can rest assured when we have people in leadership like this.  I really think this is the heartbeat behind the GCR.  We as a convention appointed the power to the President to appoint a Task Force to ensure that all of our SBC entities are “earning” the money our SBC churches are sending them by being as faithful as they possibly can in fulfilling the Great Commission.