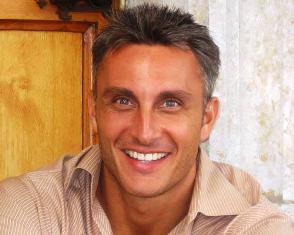 B21’s Nathan Akin had the privilege of interviewing Pastor Tullian Tchividjian for the B21 Podcast.

A Bio from his blog at Gospel Coalition –

William Graham Tullian Tchividjian (pronounced cha-vi-jin) is the Senior Pastor of Coral Ridge Presbyterian Church in Ft. Lauderdale, Florida. A Florida native, he is a visiting professor of theology at Reformed Theological Seminary and a grandson of Billy and Ruth Graham. Tullian was the founding pastor of the former New City Church which merged with Coral Ridge in April of 2009. A graduate of Columbia International University (philosophy) and Reformed Theological Seminary in Orlando (M.Div.), Tullian is the author of The Kingdom of God: A Primer on the Christian Life (Banner of Truth), Do I Know God? Finding Certainty in Life’s Most Important Relationship (Multnomah), Unfashionable: Making a Difference in the World by Being Different (Multnomah) and, most recently, Surprised by Grace: God’s Relentless Pursuit of Rebels (Crossway). Tullian is also a contributing editor to Leadership Journal. He speaks at conferences throughout the US and his sermons are broadcast daily on the radio program Godward Living. When he’s not reading, studying, preaching, or writing, he enjoys being with people and relaxing with his wife of 16 years, Kim, and their three children Gabe (15), Nate (13), and Genna (8). Tullian loves the beach, loves to exercise, and when he has time, he loves to surf.

Baptist21 is grateful for the ministry of Tullian. In a short time, he has established himself as a pastor and man who seeks to make the gospel explicit and unpack the gospel’s implications for all of life. You can see this through his twitter account and teaching ministry. B21 wants to thank Tullian for graciously giving of his time to do this interview.