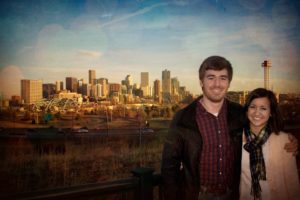 Baptist21 concludes its series of post-SBC reflection interviews with first time SBC attendee Bryan Barley. Bryan is a Baptist21 contributor and the Church Planting Resident at the Summit Church in Durham, NC. Bryan is preparing to plant the Soma church in Denver, Colorado in January 2011. Check out the Soma Church website and find ways to support the work they will undertake in the city of Denver.

Part one of this Series, Pastor Tony Merida

Give us your impressions of your first convention, what did you like? What did you dislike? What was interesting?

It was definitely a new experience – I really didn’t know what to expect. I was encouraged to see so many people, both young and old, growing restless with the status quo not only on a denominational level, but more importantly on a personal level. I had countless conversations with individuals who made the GCR personal, and consequently want their lives and churches to embody a Great Commission culture. As a church planter, it was encouraging to see the growing awareness of the need to prioritize church planting internationally and in American urban centers.

I struggled with the emotional attachment some seemed to have with our programs and systems. Being younger and having not grown up as a Southern Baptist, it’s probably easier for me to be less attached (or even ignorant) to the way the convention has done things in the past. But the emotional appeals towards and spiritualization of certain programs that are simply tools and a means to fulfilling the Great Commission was difficult to understand. I think this was one of the major reasons that it was crucial to ask the question of why the convention exists in the GCR discussion.

What drew you to this year’s Convention as your first?

The GCR vote. I decided last year to do my best to make it to Orlando after I learned about the GCR.

I think younger guys tend to be quick to criticize and slow to take the necessary steps to bring about change. And if those necessary steps don’t match our preferences, whether they be cultural or methodological, we tend to flee altogether (I am definitely guilty of this). While attending the SBC was a complete culture shock, I felt that it was the right step towards having a voice in the conversation rather than lobbing grenades from the outside.

In the end, each guy has to make the decision if the Convention is worth fighting for. For those who hold to the affirmative, I think it’s important to not only prioritize making the necessary changes on a local church level, but also be willing to attend the SBC where change is being discussed at a larger level.

In addition to this, it’s also incredibly encouraging to meet up with old friends, make new ones, and recognize that despite our differences and disputes, for two days and under one roof there are Southern Baptists who work to share the gospel all over the world.