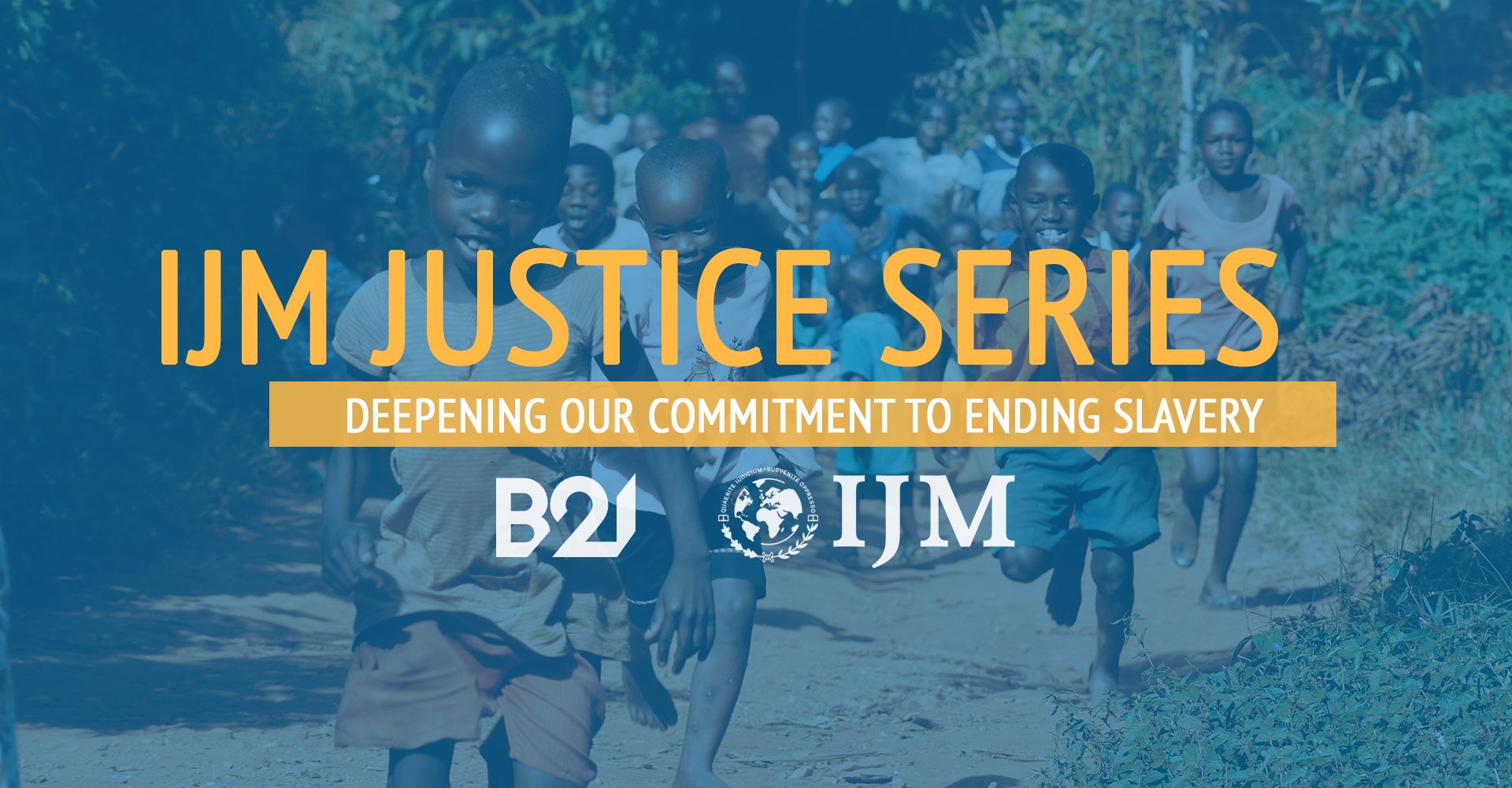 This blog is part of a special series released jointly between Baptist 21 and International Justice Mission (IJM). May these posts serve as an encouragement to you and your congregant as you deepen your commitment to ending slavery.

I had preached on justice in the past, but this particular Sunday it was different. I stepped to the side of the pulpit and turned around to watch the video play on the back wall of the sanctuary. I had just made a biblical case for justice in my sermon, and now I was introducing my congregation to the plight of millions of people around the world who live as slaves. For many in my congregation, this was the first time they had heard of modern slavery in any real detail. The video told the inspiring story of a young man named Kumar. Kumar had been rescued from slavery as a child, had come to know Jesus Christ through his rescuers (IJM), and was now studying to become a lawyer so that he could fight for justice in his own country. Kumar’s story had come full circle—liberation led to salvation which led to advocacy. Rescue begetting rescue. Somehow there was much more at stake in the divine call to “do justice” (Mic. 6:8) when a human face was staring back at us in need of rescue.

For Christ-followers, justice is more than a cause among other causes. It is a demonstration of the gospel of Jesus Christ. Throughout Jesus’ ministry, the invitation to the kingdom of God and the demonstration of the kingdom of God went hand in hand. Jesus’ mission to proclaim good news to the poor, give sight to the blind, and set the oppressed free (Luke 4:18) was both physical and spiritual. Physical healing served to highlight the power of Jesus to grant forgiveness of sin and spiritual reconciliation with God (e.g., Mark 2:5-11). Physical provision for the hungry was meant to signal the abundance of spiritual provision found in the person of Jesus Christ (John 6:35). Tangible demonstrations of the kingdom were part and parcel of Jesus’ invitation to the kingdom.

And so it was in the early church. One of the most striking demonstrations of the gospel in the early church is the way in which the poor were provided for through the radical generosity of the community (see Acts 2:44-45; 4:32-35). “God’s grace was so powerfully at work in them all that there were no needy persons among them” (4:33-34 NIV). Whatever this means, it must mean the experience of God’s grace was tangibly evident in their treatment of the poor. For Luke especially, just use of power and possessions seems to be the litmus test for authentic relationship to God. The church’s invitation was (and continues to be) authenticated and empowered by demonstrations of justice, compassion, and love.

The early church’s concern for the poor, of course, was an extension of Old Testament principles. Throughout the Old Testament, the command which God’s people most consistently neglect is also the command which the prophets most frequently repeat, namely, to seek justice for the poor and oppressed. Defending the cause of the poor and needy is what it means to truly know Yahweh (Jer. 22:16). Justice and mercy are listed together as God’s foundational requirements for humankind (Mic. 6:8). Mercy is desired more than sacrifice (Hos. 6:6). Justice is given priority over religious meetings, religious music, and religious offerings (Amos 5:20-24). As a pastor whose job it is to preside over said religious meetings (which typically include music and offerings), this is of particular concern.

I need to be reminded that an excellent music program, a healthy budget, and large meetings are not the things which empower and authenticate our witness. There is no way around it. The unified witness of the Old and New Testaments places the priority on justice. You can have the best meetings in town, with the finest music, the largest offerings, and most energetic preaching, but if a rich man comes into your gathering and a poor man also… need I complete the picture that James paints for us (Jam. 2:1-4)? For James, justice begins in the way we treat rich and poor in our own churches, and it extends to the way we hoard our wealth at the expense of the poor (5:3). Faith without deeds is worthless (2:20), and according to James, the demonstration of our faith it not so much intellectual orthodoxy or ministry success, as it is caring for widows and orphans in their distress (1:27).

James hits the proverbial nail on the head when it comes to pursuing justice in today’s world: “Is it not the rich who are exploiting you? Are they not the ones who are dragging you into court?” (Jam. 2:6 NIV) Exploitation of the enslaved poor around the world is possible because the poor are not well-represented in court, as the rich are. IJM is working to change that all over the world. Let me encourage you to partner with IJM by hosting a Freedom Sunday in your own church.

We must not shrink back from the biblical call to do justice, because we serve a Savior who used all of his power and all of his resources to traverse the infinite distance from heaven to earth in order to set us free from sin (Phil. 2:6-8). So if we follow the one who used all of his power and resources to set others free, then the call to us is this: whenever and wherever possible, to use whatever power and resources we have to break the yoke of oppression so that the gospel might not just be proclaimed, but so that the gospel of Jesus Christ might also be demonstrated.

Collin Bullard is the Senior Pastor at FBC Woodville in Woodville, Texas. He holds a Bachelor of Arts in Biblical Languages from Oklahoma Baptist University, a Master of Divinity from Truett Seminary at Baylor University, and a Ph.D. in New Testament Biblical Studies from the University of Cambridge, U.K. Previously, Collin served as a seminary professor, and in addition to regular supply preaching in various churches over the past 10 years, has also served as a pastoral intern at First Baptist Church, Arlington, TX and as a chaplain to students at Baylor University.