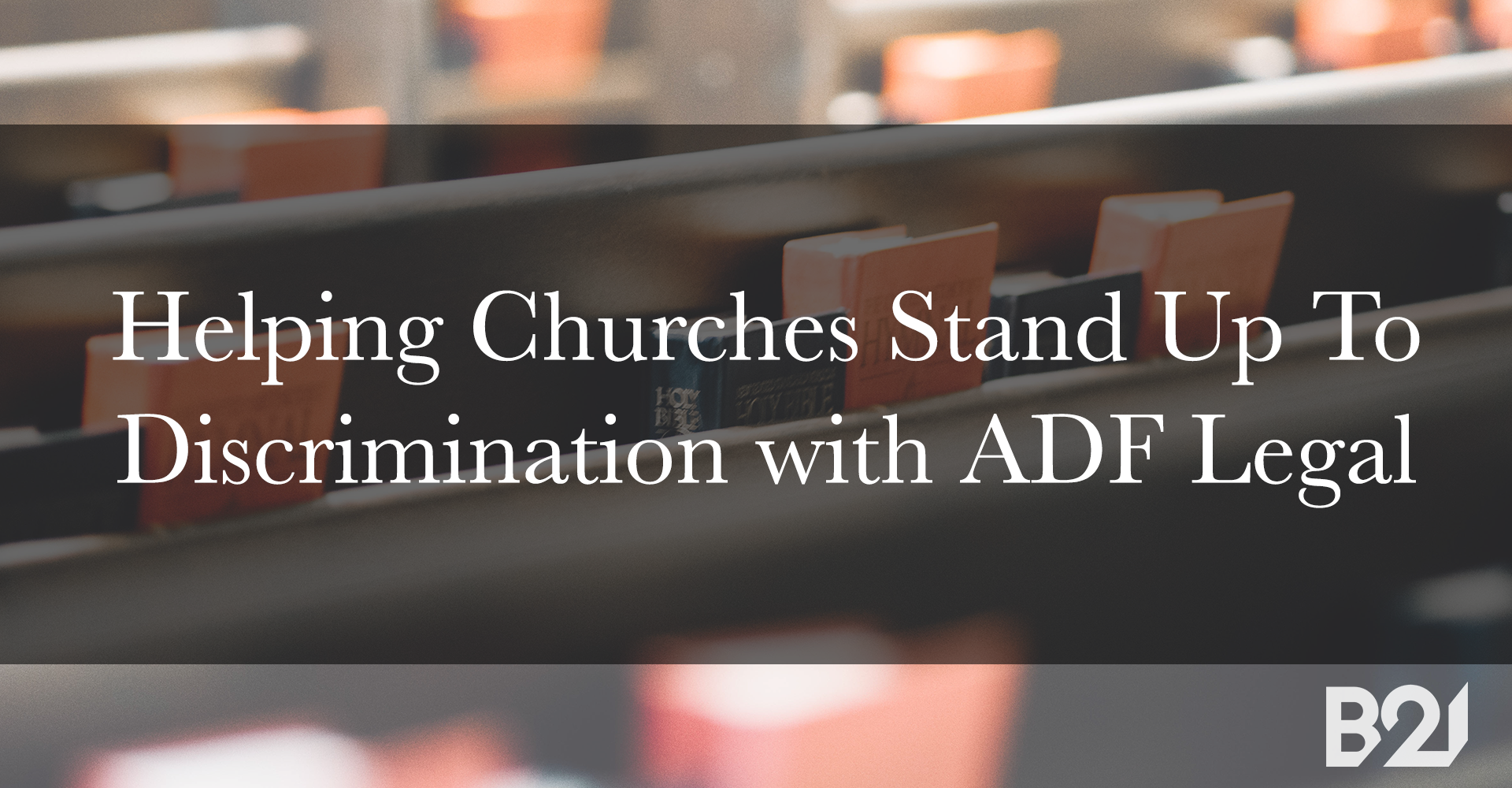 With over 24 years of service, at all court levels, Alliance Defending Freedom (ADF) has seen the cultural and legal trends clearly shift against the Church. As a result, churches need to be prepared to face the legal issues of today and tomorrow.

When At The Cross Fellowship Baptist Church finished renovations on the building it was renting, it prepared to start worship services at the new location. The only thing left to do was to apply for a certificate of occupancy from the city.

At The Cross Fellowship wasn’t worried. After all, the building’s owner had assured church leaders that the building had previously been rented and used by another church.

So, it came as a surprise when the city planner of Monroe, North Carolina, informed them that the zoning code had recently been changed and that it specifically excluded churches, with no exceptions.

The curious part is that the new zoning code allowed uses for “education, training, or resources of a public, nonprofit, or charitable nature.” That means other nonprofits are welcome in that zoning area – just not churches.

It’s clear that the city was specifically singling out churches through its zoning code. That’s unconstitutional, not to mention that it violates the Religious Land Use and Institutionalized Persons Act (RLUIPA), a federal law that prohibits discrimination against churches in zoning decisions. So, At The Cross Fellowship reached out to Alliance Defending Freedom, and we filed a lawsuiton its behalf.

Unfortunately, this is not the first time that the government has tried to use zoning laws to single out churches and treat them worse than everyone else.

In fact, the ADF Church Allianceis defending Redemption Community Church in Maryland, where city officials changed the zoning code twice – blocking the church from worshipping in its building downtown and threatening it with a $250-a-day fineif it did so.

The government should never be permitted to treat churches worse than everyone else. But that is exactly what is happening in both of these situations.

Thankfully, these churches were not willing to back down. They felt called to stand up for their rights and the rights of other churches, and they followed that call in faith.

And by God’s grace, their courage has paid off.

On August 21, the City of Monroe, North Carolina, voted to change its zoning lawsso that churches are not unfairly excluded. At The Cross Fellowship is now free to worship in its facility without fearing government punishment or fines. As for Redemption Community Church, a federal judge refused to dismiss that case, getting it one step closer to worshipping in its own building on the same terms as everyone else.

And those outcomes are certainly something worth fighting for.

Churches are experiencing growing legal pressure from local and state governments. ADF Church Alliance is a membership program that provides practical legal help to churches in a changing culture – from bylaw reviews, to legal advice and consultations, to representing churches like At the Cross Fellowship.