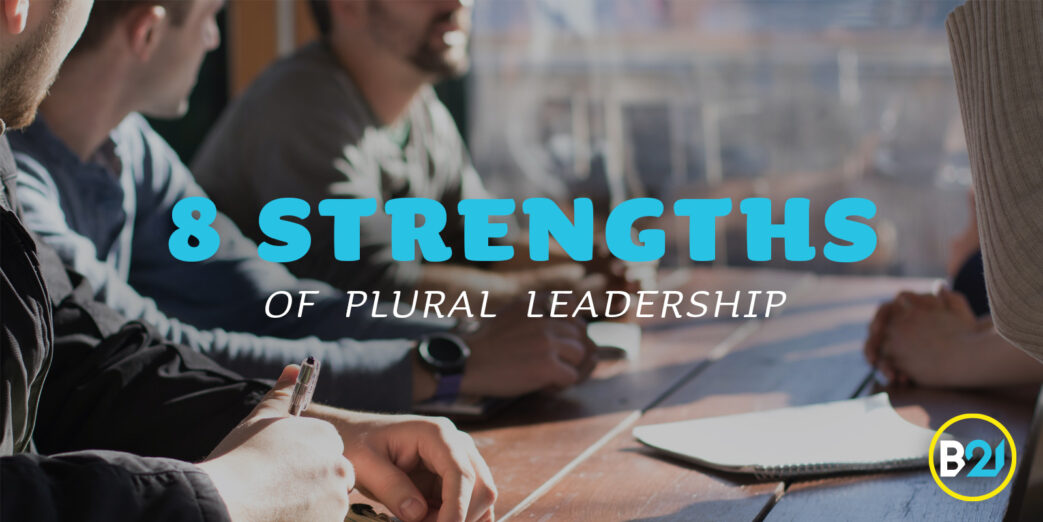 Several years ago a pastor friend from a nearby Baptist church invited me to share with his congregation some biblical teaching on plural elder leadership.

As I waited for the service to begin that evening, a display in the church’s foyer caught my attention. It was the original minutes from the founding meeting of the church in the 1800s. Prominent throughout the handwritten record was the title, “elder.” Several men were referred to as “Elder Smith,” “Elder Jones,” and so on.

As I began teaching that evening, I noted that the concept I was presenting was nothing new, but the recovery of something old. When I mentioned the minutes on display, two chuckling ladies caught my attention. One stated with a smile, “We just thought ‘elder’ meant they were old.”

Many Baptists today, if they have any familiarity with the term, mistakenly believe the “elder” office is something exclusive to Presbyterian denominations. However, this biblical term is used throughout the New Testament. In fact, “elder” is more common than “pastor.” Together with “bishop” or “overseer,” these terms are used interchangeably in the New Testament to describe the same office. A pastor is an elder who is an overseer (Acts 20:17-28; 1 Peter 5:1-4).

Many are noticing a resurgence of Baptist churches returning to a plurality of pastors or elders in our day. Those churches are following the example of Titus who appointed elders in every town in Crete (Titus 1:5).

Since most towns likely had only one congregation at this early point in church history, it is possible that multiple elders served a single congregation. Even if one elder was appointed per house church, it seems plausible that those elders would have shepherded the church in their town together.

The clearest reference to multiple elders in a single congregation is Acts 14:23 where Paul and Barnabas appointed elders (plural) in every church (singular).

In our own day, plural elder leadership looks diverse across the landscape of evangelicalism and even among Southern Baptists. Some churches are “elder-ruled” rather than “elder-led.”

A number of excellent works are available today to further investigate the biblical arguments for a plurality of elders or elder-led congregationalism. The primary intent for this article, however, is to speak from my experience as a pastor who has benefited from this leadership structure in two different ministry contexts.

As a former church planter, I was able to establish a new work with this structure. The blessings that came from serving with other qualified men were so refreshing that I made “elder-led congregationalism” a priority when I returned to an established church context that had been committee-driven.

Why is plurality in leadership so important to me? I have many reasons, but two major ones are: first, I have seen isolation destroy faithful men, and second, I might not be in ministry today if it had not been for team leadership.

“And though a man might prevail against one who is alone, two will withstand him — a threefold cord is not quickly broken.” Ecclesiastes 4:12

Here are some strengths I see in this form of leadership:

God is one being who is three persons. The persons of the Godhead are co-equal with diverse roles in creation and redemption. The triune nature of our God is depicted in plural eldership as multiple leaders oversee a fellowship together.

Even if an eldership appoints a “lead pastor” or designates other titles for some elders, a healthy eldership leads together and in harmony with one another. Every elder possesses the full authority of the office even if functional differences exist between them.

A solo pastor is an easy target for Satan and those with hostile agendas. Ecclesiastes 4:12 reminds us that, “though a man might prevail against one who is alone, two will withstand him — a threefold cord is not quickly broken.”

When a leader is under attack, he needs protection. One man is easier to pick off than two or three or a dozen working in tandem. If one pastor becomes the object of unjust accusations, others can come to his aid.

3. Stability for the church.

What typically happens when a church’s lone pastor leaves or dies? The church flounders. As months or even years pass, the church’s ministry takes a hit. While a congregation waits on its next leader, a void of leadership can create a vacuum for bad things to fill.

But what if your church never needed a search committee again? What if multiple qualified men could lead? Perhaps one could become the next lead pastor. Even if a church looked outside, the existing eldership would already be in place to assess the next lead guy.

Early in my current revitalization work, I felt very alone. I had been used to the comfort that comes from making decisions with other godly shepherds. I quickly understood King Solomon’s wise words in Proverbs 11:14, “Where there is no guidance, a people falls, but in an abundance of counselors there is safety.” No one but Jesus Christ has perfect wisdom. Confidence grows when leaders wrestle together through complicated matters.

Every believer is gifted by the Holy Spirit to serve, and pastors must be especially able to teach (1 Timothy 3:2). Some pastors are strong in the pulpit but not as adept one-on-one. Other men are excellent disciplers, counselors, classroom teachers or small group facilitators, but struggle in larger public settings. Each of these settings requires different skills and not every elder is strong in every context. But multiple gifted leaders can round out the team.

I once heard a seasoned pastor with over 50 years in ministry say, “I never had a pastor.” His words troubled me. There must be a better way. And there is. Every pastor should have a pastor. Where can a shepherd turn to find someone who understands?

I’m very thankful for local associations and our conventions but only someone inside a congregation really understands what a pastor is facing. Sometimes the lead pastor simply needs to sit with his family and be fed by another shepherd, not only when he’s on vacation but within his own fellowship.

Burnout is one of the leading causes for short tenures in churches and premature departures from ministry altogether. Carrying the burdens with others lightens the load. What pastor isn’t discouraged or despairing at some point?

One of the greatest joys in my ministry are regular elders’ meetings where shepherding is done together. Nothing is more disheartening when feeling alone than actually being alone with no one to talk you down from the proverbial ledge.

The charisma of some lead pastor types can draw a crowd by the sheer force of personality. But a healthy local church is more than just a crowd.

Some men are magnetic due to strong entrepreneurial skills or entertaining rhetoric, and some have made a name through publishing and the conference circuit.

Platforms can produce a fan base, but groupies disappear when their favorite personality departs. We must make disciples who love God’s Word and are mature enough to receive it from multiple faithful expositors.

Some reading this article will not be convinced of plural leadership for a host of reasons. You may even have a list of objections or concerns. Nevertheless, the resurgence in this approach to shepherding seems steady if, for no other reason, because the challenges of pastoral ministry continue to mount in our day. My plea is for fellow shepherds reading these words to flee isolation and surround themselves with other godly men in some form before it’s too late.

Branton Burleson is the Lead Pastor at Grace Baptist West Asheville and a professor at Fruitland Baptist Bible College. Branton also serves as a contract worker for the Church Revitalization Team of the Baptist State Convention of North Carolina.

NOTE: This blog was originally posted at the NC Baptists Blog and is posted here with permission from the author.