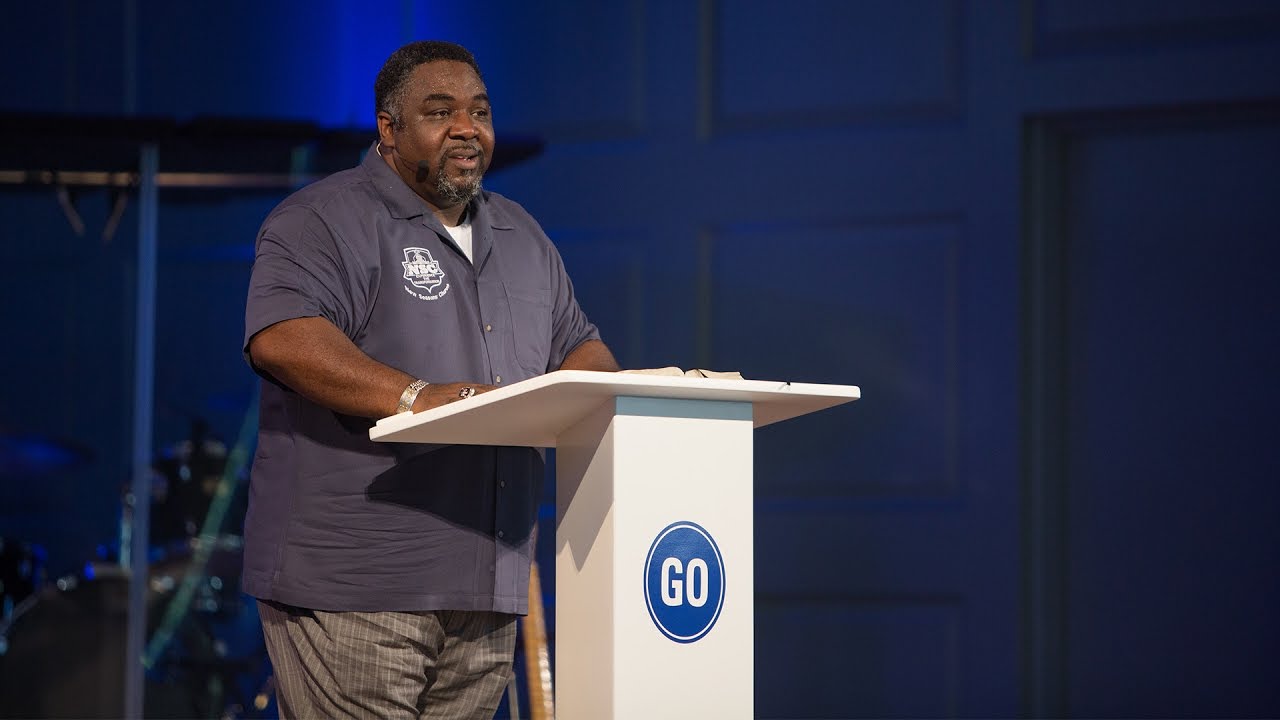 Dr. A.B. Vines, Sr. serves as the Senior Pastor of New Seasons Church in San Diego, CA.  Over the past twelve years, New Seasons Church has grown from an African American church of 67 members to a thriving multiethnic congregation of over 1,800 members including an Arabic and a Spanish-speaking congregation. Dr. Vines has served as president of the National African American Fellowship of the Southern Baptist Association, is a member of the advisory board for ERLC, and has served on multiple committees within the Southern Baptist Convention.  He is the current president of the California Southern Baptist Convention.

Our convention has always shown a deep conviction for the inerrancy of scripture and a sincere commitment to the body of Christ.  Our faith is grounded in the Word of God and lived out by the people of God, though it can be messy at times. We must cling to the hope we have in Jesus Christ:  a hope that will pull us together. We are unified by that unwavering belief that God wants to use us to usher in His next Great Awakening. It is the power of our faith that will pull me to Dallas.

Can Southern Baptists be difficult? Sure.  Are we sometimes are strange? Yes.  We may even do things on occasion that make you scratch your head. Nevertheless, united by the truth of God’s Word we are positioned to genuinely transform this world for Jesus. Like any family, we go through the good and bad together. Sometimes the Convention reminds us of that uncle who comes to the family reunion every year and everyone says “Oh no! Not Uncle So and So!” Even so, we end up being glad he came because he’s a part of the family. Other times, the SBC feels just like coming home to Mama’s house for a nice hot meal with family and friends. We laugh together and share stories of God’s faithfulness during the events from the past year. You do know the Bible says laughter is good for the soul, right?

My prayer is that the 2018 Southern Baptist Convention brings us a focus on God that can help us show the world our true spirit; a John 13:35 spirit. If ever there were a time in our history, in our nation, or in the world to hear the distinct sound of unity and love, it is now. We do not need division or destructive rhetoric this summer in Dallas. What we need is the pure, unadulterated love of God’s Word lived out by God’s people. In fact, that’s exactly what this nation and this world needs. We should be the example. John 13:35 makes it clear:  “By this all will know that you are My disciples, if you have love for one another”.

This year, I am going to the Southern Baptist Convention in Dallas. I’ll be there hoping for a nice meal and great fellowship; if our uncle shows up, it will be alright. At the end of the day, family will always be family.