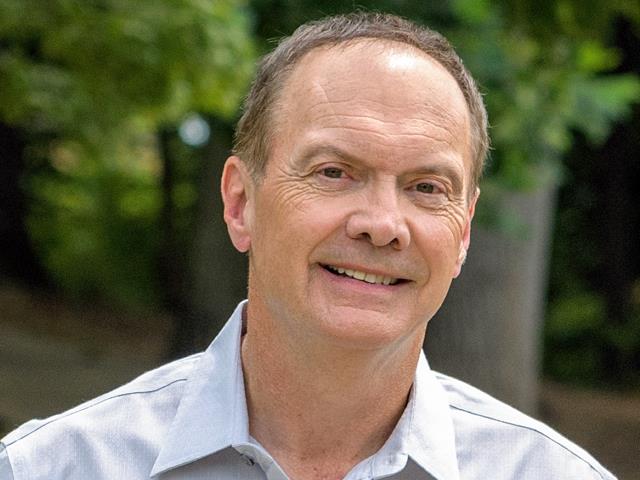 The Time is Now: Why I Will be Voting for J.D. Greear

James Merritt is the former President of the Southern Baptist Convention (2000-2001). He received his M. Div and Ph. D. from the Southern Baptist Theological Seminary in Louisville, Kentucky. Currently, Dr. Merritt serves as the Lead Pastor of Cross Pointe Church in Duluth, Georgia. To hear more from Dr. Merritt, follow him on Twitter (@drjamesmerritt).

I have been attending the SBC for over 35 years and was a buck private in the army that fought the battle for the Conservative Resurgence. I have been humbled and honored to be around some of the finest men of God who have ever lived who served as SBC president. Adrian Rogers, the greatest preacher of my generation, Jimmy Draper the quintessential statesman, Bailey Smith, the fearless evangelist, and the list goes on of men who led us to believe that this mighty evangelical battleship could be turned from running aground into the shallow waters of theological liberalism to the warm waters of conservative evangelicalism.  I witnessed the flag of surrender to theological compromise and intellectual foolishness be lowered and replaced by the flag of commitment to biblical truth and authority which the SBC flies proudly today.

But today we are confronted with new obstacles, some far greater than a mere theological threat. Now we face the challenges of bridging generation gaps, racial diversity, petty fragmentation, and a flagging commitment to biblical exposition, personal evangelism and Great Commission fulfillment.  The time is now for a president to be elected who not only would be someone in the mold of the great men who have gone before him like the ones previously mentioned, but someone who is actually setting the example in meeting the challenges we face with Godly power and great success. J. D. Greear is the one who fits this shoe.

His record speaks for itself—in biblical preaching, theological fidelity, evangelistic passion, missionary zeal, financial support, personal walk, and most of all his evident love for his Lord, his church, his family, and his denomination. No one is perfect but he is to me the perfect package.

All of this to say this to that I believe this is the most pivotal SBC presidential election since the conservative resurgence. Make no mistake—we will make a loud and clear statement of just who we are and where we want to go. Will we give in to those who want us to always be “battling Baptists,” who show more passion for what they want to “stop” than what they want to start? Who get more excited about political rallies where they spend more time falsely accusing and attacking a brother then they do about sharing the gospel and being about the Father’s work? Who shamelessly treat this entire process as if it is a secular political convention replete with attack ads that spew lies and half -truths and show more zeal for getting their voters to the convention than they do with getting the gospel out to the nations?

Or will we rise up as the great denomination that I believe we desire to be and look to fresh leadership, forward thinking, and visionary planning that will proactively spend our energies building bridges not burning them; reaching outward not pulling inward; blazing new trails, not repaving old ones? Will we say with this election that we believe our best days are ahead of us not behind us, that we are ready to follow a local church pastor who isn’t just talking it but doing it—in a biblically true, theologically faithful, spiritually mature fashion, and say goodbye to those who love division more than unity, arguing more than evangelizing, and politicking for a candidate more than preaching the gospel?

Well I say the time is now. The time is now to go in a better direction, take a higher road, strive for a higher goal, and to elect a leader who has proven he is the one who can do just that. J. D. Greear is that man as much as any man I have ever supported going all the way back to the venerable Adrian Rogers. Yes the time is now for us to elect a man who showed us what spiritual maturity, denominational leadership, and personal humility is all about when he graciously conceded the election for the presidency two years ago in an unprecedented move which to me displayed leadership at the highest level.  Yes fellow Southern Baptists, the time is nowand I can hardly wait for that time to come so I can proudly and gladly cast my vote for J. D. Greear.