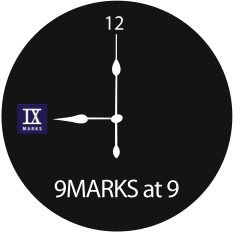 It is our hope, at b21, that many will attend the Southern Baptist Convention in Louisville. And we especially want to encourage more and more younger SBC’ers to attend the SBC (we hope to blog about this soon). B21 believes there are many compelling features and events at this upcoming SBC that should entice many to come.

For instance, the pastor’s conference will feature many good preachers. This includes David Platt, JD Greear, Johnny Hunt, Ed Stetzer, Francis Chan, Alvin Reid, and many others. If you have not heard some of these guys, you will not want to miss them. In addition, at the Southern Baptist Convention there will be Great Commission Resurgences messages from Johnny Hunt, Vance Pitman (a sharp younger brother who has planted a thriving church in Las Vegas), David Platt, Danny Akin, and Jeff Crook.

B21 would also like to highlight two opportunities by IX Marks at this year’s SBC. The event is called “9 Marks @ 9.”

What is it: It is 2 nights of discussion about the SBC.

Night one (June 22nd) will feature Mark Dever speaking on “Why the Nine Marks are Central to the Future of the SBC,” with a panel discussion to follow with Mark Dever, David Platt, and Greg Gilbert.

Night two (June 23rd) will feature Danny Akin speaking on “The SBC: Where We are and Where We’re Going,” with a panel discussion to follow with Mark Dever, Michael McKinley, and Josh Smith.

When is it: Monday June 22nd and Tuesday June 23rd at 9pm

Where is it: This Year’s Southern Baptist Convention in Louisville, South B101-102

Why does b21 think you should be there: The content will no doubt be great and presented by excellent communicators. In addition, it should be a time to meet some guys that are striving to serve our Lord in ministry. Nevertheless, more than that, if a Great Commission Resurgence is really to take off in the SBC it will really encompass two things. These two things are Healthy Churches reproducing through Church planting and Healthy Christians reproducing through discipleship. This means that the health of our churches and members is of utmost importance to the GCR. 9 Marks is dedicated to this end, so we think you will want to hear what they have to say.

Also, to get more information about IX Marks check out their Facebook page. We encourage you to befriend them on Facebook because there you will be made aware of many opportunities and upcoming events.

Also, make sure to join our Facebook group and Don’t forget about the b21 event as well to be held on Tuesday, June 23rd at 11:45am-1:45pm at Sojourn Community Church.