Part 2a of this blog: Discerning the Call – Our Calling to a “Method” (The Local Church) 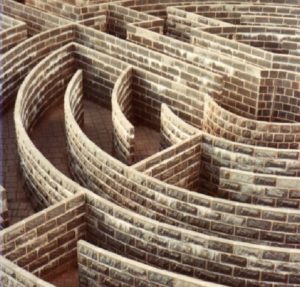 Church planters, especially those who “parachute” from the outside, have a reputation for disrespecting the already-established churches in the area. We can easily view ourselves as the enlightened saviors of the city who finally “get” how to do church, and if people would just do ministry like us (never mind that we’re not actually practicing, and this is all theory) then this city would be 95% evangelical, not 95% lost…

Such thinking reflects a myopic kingdom mindset, but this has sadly been the legacy of many planters who have gone before us. Such thinking typically leads to these churches shutting their doors before really having a chance to open them.

Our team didn’t want to be oblivious to the work that has gone before us in the city. It’s not like we’ll be the first good church in Denver, and it is exciting rather than discouraging to know that there are good, gospel-centered churches in the city already. I guess there’s something seemingly-courageous about going to a city and saying you’re the only evangelical church. But for me, when we’re trying to reach millions of people, I’d sure like to have some brothers in the trenches with me. I think there will be plenty of lost people to go around.

These other churches are not our competition, but rather our partners in fulfilling the Great Commission in a city that desperately needs Jesus. I love cooperating for the cause of the gospel since it is “the great unifier.” Territorialism in light of this is utterly ridiculous.

We have experienced a wonderful spirit of cooperation in Denver, as pastors recognize both the need in the city and that no one church is going to reach a city on its own. We’ve seen partnerships develop with churches like High View Church, which is only a year old, running around eighty people, yet planting a church in Colorado Springs as well as helping with our planting process in the next year.

If you don’t love the other gospel-centered local churches in the city in which you’re planting, I’d strongly encourage you to evaluate your own calling. More than anything, I’d ask you whether you’re planting a church for God’s glory, or your own.

The thought of my wife and I being a couple of lone rangers and moving to a city to start a church was less than appealing to me. I know there are plenty of guys who have been successful using this model, but when I examined the multitude of responsibilities involved in church planting, I recognized that I didn’t want to do this alone.

Planting as a team presents unique challenges and potential dangers, but the advantages are tremendous: you are engaging the city with an already-established support system in place. You have a community of missionaries ready to reach the city and capable of entering spheres of influence that a lone planter could never reach on his own. You are able to immediately invite non-believers into a gospel community where they can witness what a counter-cultural, gospel-centered life looks like. And when this team comes out of the same church, you already have a clearly defined DNA in place that makes vision casting for the lead planter much easier. I don’t have to introduce my team to concepts such as missional living, gospel-centeredness, expository preaching, and community engagement because my church already has.

In conclusion to this section on calling and the local church, my plea is that you would love the church and see the call to church planting in a less-individualistic light. Strive to see the call in the context of community, namely that local body in which God has placed you to love and serve before you plant.