Baptist21 is committed to seeking gospel-centrality among the nations through the church to the glory of King Jesus. Part of seeking gospel-centrality is learning to read the Bible rightly and understand how the gospel of King Jesus is the central theme of the entire bible (Lk. 24). So, B21 author Jon Akin (who is completing a PhD in O.T. Studies) has written several blogs showing how to read the Bible Christocentrically throughout the Old Testament.

–       The Gospel of Jesus Christ and the Reversal of Babel

In addition, Jon has written a blog on the importance of “Preaching the Gospel Every Week,” both to believers and unbelievers.

In an effort to help our readers think through the Gospel-Centered interpretation of the Old Testament, Jon has submitted a blog entitled “The Gospel of King Jesus in the Life of King Joash.” 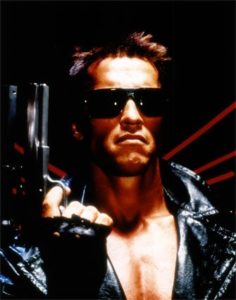 The inter-connectedness of the Bible is breathtaking. Years ago, I was able to preach through the story of Joash. Joash points quite vividly to the greater Son of David, Jesus Christ. The parallels in this story to the story of Christ are amazing. In 2 Chronicles 22:10, wicked Queen Athaliah “destroyed ALL the royal heirs of the house of David,” but Joash is hidden away in the Temple. This is a dark time in the history of Judah. Again, all of the promises to David about a Son who will sit on an eternal throne over an eternal kingdom lie dead in Jerusalem tombs!

The evil queen, the seed of the serpent, has played a part in the cosmic war raging throughout the centuries. Genesis 3:15, right after the fall, tells us that the “seed of the woman” will crush the head of the serpent, but the serpent will bruise the heel of the head crusher. This enmity and warfare rages on across the world stage. John pulls back the curtain on this war in Revelation 12:4 where he writes, “the dragon stood before the woman who was ready to give birth, to devour her Child as soon as it was born.” This refers back to Gen. 3:15 and Matthew 2 where Herod tried to destroy Messiah as soon as he was born, but it also engulfs every attempt that the dragon/serpent made to destroy the Messiah before he came.

Holywood has shown a similar storyline in the first two “Terminator” movies. In Terminator 1, the machines send a cyborg terminator back in time to destroy the man who will be their undoing. On this attempt they try to kill his mother before she has him. In Terminator 2 they send another cyborg back through time to kill the man while he is a boy and weak.

We see a similar play in the biblical storyline. As soon as the promise of a deliverer is made, Eve gives birth, and yet Satan moves Cain to kill Abel. The promise is dead, but God raises up Seth. Pharaoh is killing the male Hebrews when they are born, but God delivers Moses. Later in Israel’s history, Hamaan will attempt genocide against the Jews, and then Herod will try to kill Jesus when he is a baby. All of these are attempts by the serpent to kill the line before the Messiah King comes! Athaliah participates in this by wiping out the sons of David. The promises lie dead in the tombs of Jerusalem! Yet, one is saved, King Joash.

Joash is rescued and hid away for 6 years. Joash is not the first child and will not be the last child hidden away from an evil ruler. Moses was hid from Pharaoh, and Jesus will be hid from Herod. All three will have similar ministries, Exodus! In the seventh year, Jehoiada the priest orchestrates a coup to set Joash on the throne. They bring Joash out of the temple, which shows that he is the true Son of God/King. They crown him and proclaim him as king. Athaliah hears the shouts and songs of the people as they bring Joash to the throne. Then the Bible says that she looks and sees the king “standing” by his pillar (2 Chr. 23:13). This is similar to the heavenly vision of Revelation 5. John sees the lamb, as though slain, but standing! Yahweh has brought life out of death. Yahweh has brought victory out of defeat. And what is the crowning and victory of Joash accompanied by? Singing and praising (cf. Rev. 5:6 & 13)!

Evil Athaliah and her followers are put to death (cf. Gen. 3:15, serpent’s seed is being crushed). This may seem harsh to some, but these verses should be cross-referenced in your study Bibles with John 3:16. God loves the world so much that he will kill the enemies who try to keep the Son from coming. Joash defeats the enemies and he sets worship right again in Judah. The land is quiet.

After this, Joash sets himself to rebuilding the temple. Why? Kings are temple-builders (cf. Solomon, Zech. 6:12-15, etc.). Solomon built the original temple. Joash re-builds the temple, and Jesus will build the final temple.

King Joash is a Moses who leads his people out of bondage to an evil tyrant in order to build a dwelling place for God. His life points to the Greater Son of David, Jesus Christ. Not only does Herod try to kill him at birth, but Jesus is killed on a Cross. The hope for an eternal kingdom once again lies dead in a tomb in Jerusalem. Yet, on the third day, King Jesus does what the sinner King Joash cannot, he walks out of the grave. He crushed the head of the serpent forever. He ascended into heaven, and he sent gifts in order to build his temple (cf. Eph. 4:7-16). They thought they could tear this temple down, but Jesus raised it up in three days, and he is building it now through his Spirit on the foundation of apostles and prophets. This is a greater Exodus and a greater Temple, presided over by a faithful King-Priest!