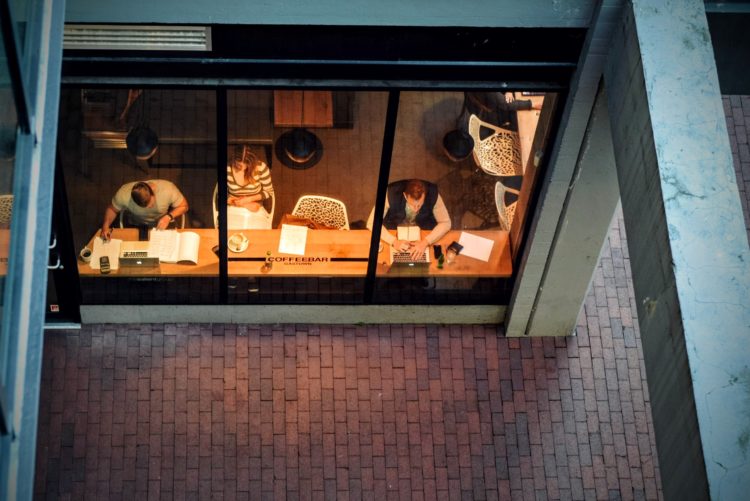 As the 2016 election is coming fast, we wanted to extend this guest post by Andrew T. Walker, the Director of Policy Studies at the Ethics and Religious Liberty Commission. In it he offers really helpful advice for how we can practically engage politically in a deeper and helpful way. We’re thankful for the work he and the ERLC does and are always glad to learn from their wisdom! This post appeared first on his personal blog.

Over the last couple of weeks, I’ve had three occasions where I’ve been asked what recommendations or suggestions I’d offer to young Christians who are interested in developing good political habits and understanding how the political world operates. So, in the interest of maybe helping others, I’ve written down some of the advice I’ve offered.

Much of the advice below I learned from my own personal experience and my own failures. In whatever the value may be of this post, I hope I can spare you the frustration, setbacks, and embarrassments of making the sorts of mistakes I did when I was younger. We all make mistakes (I still do!), but one goal of the Christian life is learning wisdom.

I’m still young (kinda, sorta…I’m 31), so I won’t presume for a moment to believe I’ve arrived, but at least this far in my vocation, here’s what I would tell young Christians who are interested in politics and wondering how to strengthen their understanding

Know the Bible. This may sound rather obvious, but what I mean by knowing the Bible is knowing it for more than just reciting facts and stories (though that’s good, too!). You need to know the big picture — the “arc” — of what God is doing throughout the whole Bible: Preparing for Jesus to rule over everything forever. The Bible tells of the most political story ever written: A coming Warrior, Savior, and King who is going to set up a perfect Kingdom and establish it forever. Until the King comes, he’s established embassies of his Kingdom throughout the world called the local church that reflect the ethics of the King. We are trying to get as many citizens as possible into this Kingdom.

Knowing the flow of the Bible will prevent you from getting feverishly obsessed with any one particular era, including the present one. The Bible deals with ultimate (eternal) realities that impact the penultimate (non-eternal). To obsess over the penultimate, or to have the penultimate dictate the ultimate, is to do Christian politics exactly backwards. Stay anchored in the Bible.

Read deeply. People often have low expectations for teens and young adults. Prove them wrong by dedicating yourself to reading deeply on subjects relevant to public theology and politics. With a little assistance and background, it’s possible to understand why famed theologians like Augustine and Abraham Kuyper matter so much for understanding the theological backdrop for politics and political engagement. Read them. Set high expectations for the types of books you read. Read slowly for comprehension and not just to finish it and set it aside. Reading deeply provides you with better critical thinking skills, sharpens comprehension, and expands vocabulary. Additionally, it’s important to find books that withstand the test of time, so this means reading the books that are maybe less “popular” and maybe more historical and substantive. On a similar note, don’t confuse what goes for conservatism as always conservative. Much of what flies under the banner of conservatism today has little in common with the intellectual origins of conservatism. Therefore, read Russell Kirk, Roger Scruton, Edmund Burke, and William F. Buckley. Reading good theology and good political philosophy will spare you the temptation to believe that current events must dictate our attention.

Limit cable news. With few exceptions, cable news culture is toxic. Again, with a few exceptions, it’s excessively biased and makes our culture run according to sound bytes. A sound byte culture is one increasingly immune to critical thinking and good argument. What’s worse, because the sound byte culture becomes routinized, it then forces everyone else to play by its rules in other areas so that congressman, for example, become more concerned with the clip of their congressional hearing than they are the substance of the hearing itself. The whole point of cable news, it seems to me, is to make the world appear fragmented. Cable news is good for creating silos where liberals and conservatives get their daily dose of ideologically pre-determined news. We haven’t had cable in our house for years, and whenever I’m around cable news, I want to immediately turn it off.

At the same time, you need to read the news. To offset cable news, I read the New York Times, Wall Street Journal, Washington Post, POLITICO, National Review, and Weekly Standard. Find reputable reporting that is both liberal, conservative, and also those which attempt to be more objective. For example, the New York Times is notoriously liberal in its editorial board, but their reporting is the standard of excellence. I also read The Atlantic and a few other magazines to stay current on what’s happening, but the the list above is sufficient as far as news is concerned. Perhaps subscribe to daily political newsletters like The Transom, Playbook, or The Washington Post’s Daily 202.

Write. Most young Christians I know are interested in expressing their opinion and being heard. Often, these same Christians express a desire and love for writing. So, to do that, you need to write. It’s that simple. Dreaming up one’s potential abilities as a writer won’t mean anything if you aren’t actually writing. I say this with some caution, because not every opinion of yours should find a home on the internet. Maybe start a private blog just for yourself that only you can read, or if you aim to publish something publicly, have some older Christians read it and approve it first. Even at 31, I still have a couple of friends that I run ideas, articles, and tweets by to make sure they’re interpreted properly. Sometimes they say “no.” That’s okay.

Also, don’t try to make any pitches to outlets for a long time, because if you pitch mediocre work, that sends a poor message to editors and will be remembered the next time you try to submit something.

Don’t pontificate. Facebook and twitter back-and-forths don’t make you a politico. They waste time, and more often than not, do nothing but make onlookers see you as combative and arrogant. Also, Facebook rants don’t count as writing. That’s pontificating.

Identify good writers and intellectuals and read them regularly. This is really, really important. You need to find a few examples of individuals who are arguing and writing in the field that you like and learn from them. This doesn’t mean copying them. It does mean getting a grasp of how they see the world and how they write. There’s a reason these men have writing platforms, so take advantage of their talents and learn from them. There are a handful of writers of whose work I read pretty much everything. That list includes: Russell Moore, Robert George, David French, Yuval Levin, Rod Dreher, Ross Douthat, George Will, Rich Lowry, Ryan Anderson, Michael Gerson, and Peter Wehner.

Read those you disagree with. Why? For a lot of reasons. First, you need to be exposed to a worldview other than your own so that you can learn to argue well. Secondly, sometimes those you disagree with will have something very thoughtful to say that you might agree with. This will help you learn that your ideological opponent is not an enemy nor are they are a horrible person as our culture so often suggests. Third, and I can’t emphasize this enough: YOU MUST DEVELOP EMPATHY as a political instinct. We live in a pluralistic world with diverse opinions. There are reasons why people hold the opinions they do, often for instinctual reasons they are aware or maybe not aware of. To get a hearing with the person you disagree with, it’s really important to understand as much as possible where they are coming from, and what in their past has helped shape them. You will never be persuasive if you fail to demonstrate empathy.

For example, I disagree with same-sex marriage as a moral and policy principle. But it’s really important that I understand why people think same-sex marriage is an appealing policy idea so that I don’t ignore or brush off their genuine opinions. Treating the person you disagree with as either a monster or an idiot will get you nowhere. This is a matter of common courtesy and vitally important for living in free, diverse societies. What’s more, this is a matter of Christian decency.

Find admirable politicians and follow them. Whether local or national, identify a handful of politicians who you think embody the type of politics and sentiments that you want for yourself. Follow their careers. Watch their twitter feeds, maybe sign up for their office press releases, follow them on Facebook. Personally, I really think elected officials like James Lankford, Paul Ryan, Marco Rubio, and Ben Sasse bring a lot of gifts and wisdom to American politics, so I read and watch most of what they’re trying to accomplish.

Resist resentment. Most Christians I know get involved in politics because they’re passionate. They love ideas, and they believe ideas really matter. This means that there will always be the temptation to absolutize politics and treat political life as the essence of your existence. Because you’re fighting for truth, you’ll view anyone against the truth as someone wishing to do harm. When this happens, politics is then reduced to tribalism and territorialism, which means that the person you disagree with can become your enemy. Resist this. At the same time, this isn’t a call to reduce the seriousness of disagreement, but to understand that there are aspects to our existence that can’t be reduced to political debate. A helpful principle to practice is to remember that the Bible says that Christianity’s real enemy isn’t of flesh and blood; or as I’ve heard Russell Moore say we’re “to rage against the serpent, not against his prey.”

Just say no to political hysterics. With very, very few exceptions, stay away from talk radio.

Don’t give conspiracists one minute of your time.

Run from any voice promising either of two things: A restoration of a former Golden Age, or the promise of a new Golden Age. Nostalgia and utopia are two sides of the same coin.

Develop instinct. By developing instinct, I mean to say that it’s absolutely vital that you have the internal ability to just “get” certain things about the political process and about political culture. For example, you ought to be able to discern whether a candidates’ temperament is appropriate or well-suited to politics. You ought to be able to tell that some policies are simply outlandish and politically unfeasible. This won’t always come quickly. It can be learned, but it’s necessary that you have the instincts that will propel you to wisdom and self-control. I often fail at this myself, still.

You will, at some point, fail to live up to this guidance. That’s ok. The biggest thing right now is to develop an awareness of where shortcomings are so they can be developed. There’s a lot more that could be said, but hopefully this is enough to help you get thinking about how to do politics well as a Christian.

Here are a few books I’d recommend to get you started for thinking Christianly about politics: