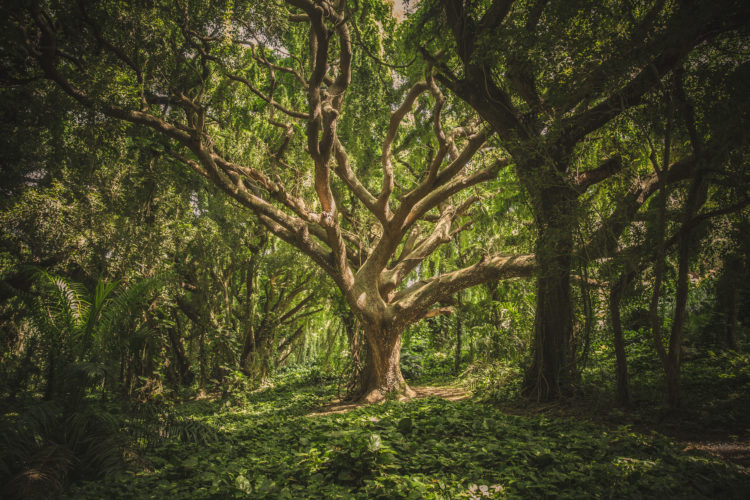 I’ve been told before that I can be too “Jesus-y” because I think the whole Bible – every part of it – points to Jesus. So yes, I’m the crazy guy who sees Jesus “under every rock.” But the truth is that I’m even crazier than that.

I don’t just think this about the whole Bible; I also think the whole world – all of creation – points to Jesus!

Jesus is the center of all things. All things are being summed up in Him (cf. Eph 1:10). For example, the seasons point to Jesus. The death of winter gives way to the resurrection of spring.

I was reminded of this again when I saw the newest movie version of “The Jungle Book,” which was just recently released on Blu Ray.

No surprise here, but it points us to Jesus.

To understand how “The Jungle Book” points to Jesus, we need to understand Stephen’s sermon in Acts 7. Stephen demonstrates a four-fold pattern in Israel’s history that culminates in the cross of Jesus Christ: 1) God raises up a savior, 2) the Jews reject him, 3) the Gentiles accept him, and then 4) he saves the Jews. Stephen demonstrates this pattern with Joseph who was sold into Egypt by his own brothers, found favor with Pharaoh, and then saved his family from the famine.

Stephen doesn’t show the pattern in David’s life, though it followed the same trajectory. And, Stephen does show how this culminates in the rejection and death of Jesus. In Romans 11, Paul shows how this pattern works out finally in Jesus’ life as right now the Gentiles have been grafted in and in the last days the Jews will be grafted back in.

The Jungle Book apes (no pun intended) this story. Mowgli is raised in the wolf pack as one of their own, but when Shere Khan wants to kill him the pack turns on him. Mowgli is rejected by his own. In the deliberations over Shere Khan’s threat, most of the pack shout that Mowgli needs to leave.

Finally, at the end of the movie, he goes back to save his own – the wolf pack – from a predatory cat (like a prowling lion, cf. 1 Peter 5:8). Shere Khan symbolizes death. Scavenger birds literally follow him around waiting for the death left in his wake. This predator is an enemy the wolf pack can’t defeat on their own. They must be saved, and Mowgli comes and saves them from death. In the process, he unites the world jungle for the first time.

The fictional life of Mowgli follows the same pattern laid out by Stephen in Acts 7 of the Messiah, our Lord and Savior: Jesus was rejected by his own, found acceptance among others (i.e. the Gentiles) whom he saved from the pit, and in the end, he will save the Jews (cf. Romans 11). In the process, he has united both Jews and Gentiles as the New Covenant people of God. This is the gospel, the good news to which the whole Bible points.

The gospel message is the good news for which all of our hearts long, and it is the greatest story ever told that our best fiction can’t help but mimic.