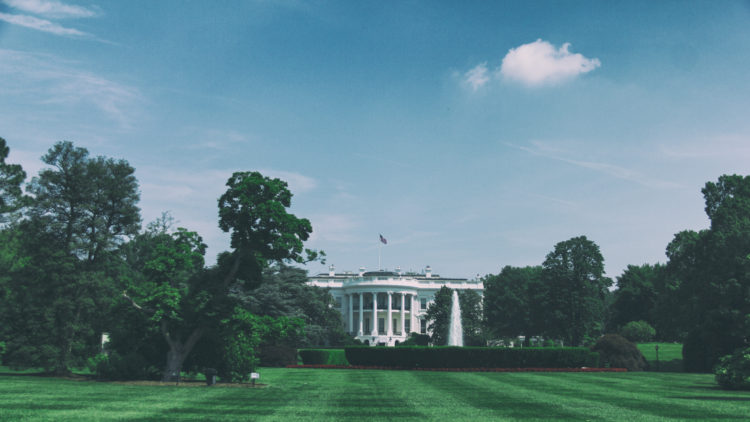 Don’t call it a pullback; we’ve been here for years.

The recent profile in the Wall Street Journal highlighted a generational change in terms of the way evangelicals approach cultural and political engagement: toward a gospel-centered approach that doesn’t back down on issues of importance, but sees our ultimate mission as one that applies the blood of Christ to the questions of the day.

The headline, as is often the case with headlines, is awfully misleading. I am not calling, at all, for a “pullback” from politics or engagement.

If anything, I’m calling for more engagement in the worlds of politics, culture, art, labor and so on. It’s just that this is a different sort of engagement. It’s not a matter of pullback, but of priority.

What I’m calling for in our approach to political engagement is what we’re already doing in one area: the pro-life movement. Evangelicals in the abortion debate have demonstrated convictional kindness in a holistic ethic of caring both for vulnerable unborn children and for the women who are damaged by abortion. The pro-life movement has engaged in a multi-pronged strategy that addresses, simultaneously, the need for laws to outlaw abortion, care for women in crisis pregnancies, adoption and foster care for children who need families, ministry to women (and men) who’ve been scarred by abortion, cultivating a culture that persuades others about why we ought to value human life, and the proclamation of the gospel to those whose consciences bear the guilt of abortion.

That’s the reason the pro-life movement continues to resonate, with growing numbers, among young Christians. It’s very clearly not a singularly “political” issue, but an issue that demands political, ecclesial, and cultural reform and persuasion. Most importantly, it resonates because younger Christians recognize the gospel as of first importance, and the pro-life movement has demonstrated why the life issue is a gospel issue.

A culture of death that denies personhood to the unborn is a culture that is assaulting the very image of Christ himself. The unborn children the culture categorizes as “fetuses” or “embryos” are those whose cries go up to the One who hears them. When we stand against legal abortion, we do so because we believe—because of the gospel—that life is better than death, and that a person’s value is more than his or her utility. We simultaneously speak of justice and of justification, prophetically standing up for the unborn in the public arena while extending the mercy of Christ, through the cross, to those who are guilty. We plead for life while we recognize that our ultimate enemy isn’t the person screaming at us from the sidewalk outside a crisis pregnancy center. The Enemy is the snake of Eden that wishes to destroy, both through empowering wickedness and through accusing those who have sinned.

I don’t think we need a pullback from politics. I think we need a reenergizing of politics. This means we must do more than simply live off the fumes of the last generation’s activism. Millennial and post-Millennial Christians are walking away from the political process, and this is what alarms and motivates me. They’ve grown cynical at movements that are willing to adopt allies that are gospel heretics as long as they are politically correct (see “Beck, Glenn” or “Trump, Donald”). They are disenchanted with movements that seem more content to vaporize opponents with talk-radio sound-bytes rather than to engage in a long-term strategy of providing a theology of gospel-focused action in the public square.

The question is the “why” and the “how.”

We engage politically because we love our neighbors, we care about human flourishing. But we do so at multiple fronts. We engage on Capitol Hill (as I do), on issues ranging from stopping the abortion industry, to protecting religious liberty, to speaking out for human rights for the persecuted overseas. We cultivate churches that see the holistic nature of the kingdom of God and who shape consciences of people to live as citizens. But we always do that with a focus that we are not prosecuting attorneys but defense attorneys. We are seeking, ultimately, to point people to the Lamb of God who takes away the sin of the world.

The gospel means we must point to the sin—and call it that—but it means we don’t stop there. We speak with a northern Galilean accent that says, even to those who hate us, there’s good news for those who repent and believe.

That means we speak and we vote and we mobilize. Onward Christian soldiers. But we don’t do so as gloomy pessimists, continually wringing our hands or crying conspiracy. And we don’t do it as naïve utopians, believing we can organize our way back to Mayberry. We do it as those who weep for those around us who are being sifted by the darkness. We do it as those who are cheerily marching to Zion, knowing that whatever the short-term setbacks, we are on the winning side of history.

We teach our people that their vote for President of the United States is crucially important. They’ll be held accountable at Judgment for whomever they hand the Romans 13 sword to. But we teach them that their vote on the membership of their churches is even more important. A church that loses the gospel is a losing church, no matter how many political victories it wins. A church that is right on public convictions but wrong on the gospel is a powerless church, no matter how powerful it seems.

That means modeling a Christian political engagement that doesn’t start or end with politics alone. It starts and ends with the gospel and the kingdom of God. Those who oppose our convictions will hate us. Those who want to use our church voting lists as their political organizing tools won’t understand us. So be it. Kingdom first.

Pullback? No. Unless, that is, we mean pulling back to the ministry of Jesus—who addressed everything, body and soul, public and private, political and personal, but who did so with the cross in his vision at every point. That’s what the church has done in every era.

We want to see our so-called enemies out-voted when they’re doing harmful things, unelected from office when they’re hurting the common good. But we don’t stop there. We want to see them transformed by the blood of Christ. We don’t only want to sing “Onward Christian Soldiers, Marching As to War.” We also want to sing “Just As I Am, Without One Plea, But That Thy Blood Was Shed for Me.”

This is a guest post by Russell Moore, president of the Ethics & Religious Liberty Commission. We at B21 are thankful for Dr. Moore’s leadership in equipping the SBC on issues in the public square and the ERLC’s continued support of our mission to be a pastor-led voice for Baptists in the 21st century. This blog originally appeared on Dr. Moore’s personal blog; you can see it here.