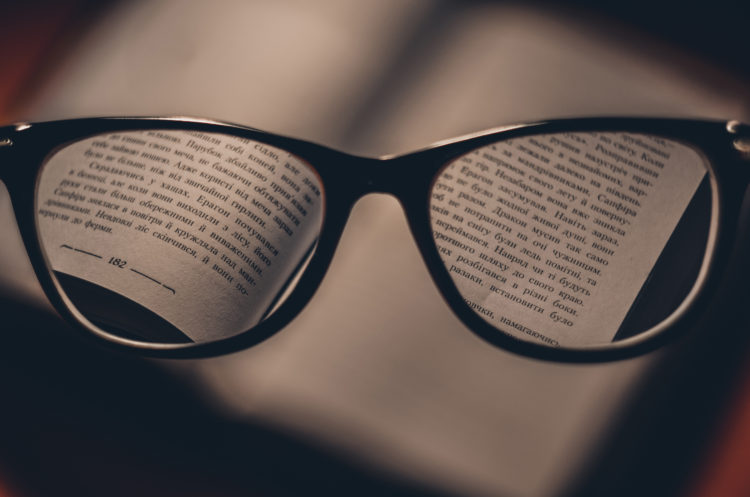 When I talk with pastors about Christ-centered interpretation and preaching, I’m often told, “I resonate with what you’re saying, but I don’t know how to do it. I was never trained to read the Bible or preach it like that. How can I do it?”

Obviously the answer to that question is complex and takes time, but there is one very practical thing that I try to use as an illustration to help people understand how to read the Bible as all about Jesus: Read the Bible like a mystery novel.

My favorite books as a child, and the first real books that I read cover-to-cover were called Encyclopedia Brown by Donald J. Sobol. The book series was about a 5th grade detective named “Encyclopedia Brown” who would solve mysteries. Each book contained about ten mysteries. Brown would always solve the case, and at the end of each story, after he cracked the case, the book would ask the reader, “How did he do it?” The reader was meant to interact with the story trying to decipher the clues and figure out how Brown solved the case.

Unfortunately, I was never smart enough to do it. So, I always had to flip to the back of the book were the answers to each mystery were. I loved the stories. I loved trying to figure out the case. But, once I’d seen the answers, once the mystery had been solved, I could never read the story the same. When I would read back through the mysteries, as much as I tried to read with a blank slate, I could never erase the knowledge of the conclusion. All of a sudden all of the clues were clear to me and made sense because I knew the end of the story!

For example, in the “The Case of the Civil War Sword,” Brown busted Bugs Meany for trying to trade a Civil War sword that belonged to Stonewall Jackson, but in reality it was just a fake. Even though every thing looked good to me (and everyone else in the story) Brown knew it was a fake for two reasons: 1) The inscription on the blade said it was given to Jackson for standing like a stone wall at the First Battle of Bull Run. The South’s name for the battle, however, was the Battle of Manassas, so any southerner who presented that sword to Jackson wouldn’t have referred to that battle as Bull Run, and 2) The inscription said it was given to Jackson in 1861 after the “First” battle of Bull Run, but the second battle wouldn’t be fought until 1862, and there was no way in 1861 that anyone would know that there would be a Second Battle of Bull Run. I probably read that story ten times to see if I could clear my mind and solve it for myself, but once the mystery had been solved, those clues would always jump out at me every time I read it.

You can’t read a mystery the same way twice because you read in light of the climax! That’s the way we should read the Old Testament. The author of Hebrews says there are shadows and types in the OT that point to something greater. Since we know the climax – the gospel of Jesus Christ – we should notice the clues, types, shadows, etc. “beginning with Moses and all the Prophets,” that is “in all the scriptures” (Luke 24:27). We should read the parts of the Bible in light of the whole.

So, when you read that Joseph or Samson was betrayed for silver, or someone from Judah was killed to rescue Israel, or Dagon’s head was crushed on the morning of the third day, you should say to yourself, “Boy, that sure sounds familiar.” The clues are there, and Jesus and his apostles have pointed them out to us along the way (that seems to be what was happening on the road to Emmaus and the days leading up to the ascension).

In a world that loves mystery stories and conspiracy theories, we have the greatest one of all – one that angels longed to look into (1 Peter 1:12)! But we are no longer in the dark; the mystery hidden for ages and generations is now revealed to His saints (Col. 1:26). So lets read and preach the Bible as all about Jesus, like a mystery novel that we’ve read for the hundredth time.