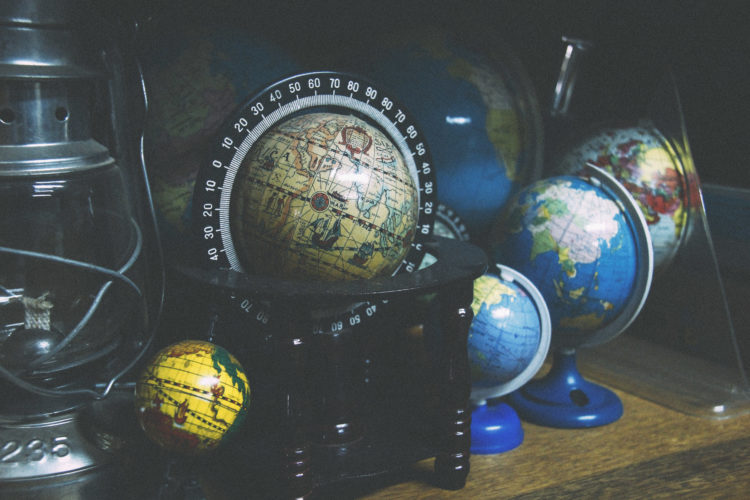 It’s almost that time of the year again. The dust has settled from the annual meeting among Southern Baptists from around the country, and now it is almost time for state conventions to host their annual meetings. We will meet to discuss what God is doing among our churches, how to better encourage one another, statewide evangelism initiatives, and of course…money.

The launch of the Cooperative Program (CP) in 1925 serves as one of the greatest victories among Southern Baptists in the history of our Convention. The CP has witnessed the Great Depression, two world wars, a host of other conflicts, economic recessions, the fall of the Iron Curtain, Roe v. Wade, 9/11, and more. Yet we find ourselves at a crucial point in the history of our churches, and we cannot remain silent.

Many well-meaning letters go out to our local churches from our state conventions each year to ask for the churches to give more generously than ever before. Not long ago I received such a letter, and I hope I’ve done my part to encourage gospel-driven generosity among our people. However, the changing climate around us should point to the fact that a call to give will not fix the broken issue of funding international missions. If every SBC-affiliated fellowship sent directly to the IMB what they now send to the CP, not only would our IMB President David Platt not have to make such difficult decision like bringing home missionaries, but we would have an abundance of money to send thousands of missionaries to the nations. Of course, we are not calling for the CP to give 100% of the money to the IMB. There are too many other arms of the SBC that need and deserve funding. But if we cannot take care of the arm that makes us who we are as Southern Baptists, then where exactly are we at as a Convention?

State Convention executive officers, leaders, and committees, we humbly beg you to make the difficult decision of immediately moving to a 50/50 split of CP dollars so that each state only keeps half of what its churches give to the CP. We ask you to do this now, though we know it comes at a great loss (personnel, programs, camps, etc.) because of three major convictions.

Do our states need more church planters leveraging their lives for the gospel in our states? Yes! Yet our country, which we admit is in need of a great spiritual awakening, still provides access to the gospel that others do not have. I’ll never forget my first experience in a house church in a South Asian country. I was asked to share a story from the Bible, so I happily obliged by sharing the story of Noah and his ark and how ultimate salvation from judgment comes by trusting in Christ. At the conclusion of my story, no one signed a card, walked an aisle, or raised a hand to accept Jesus into his heart. But after we left the house church that night, one of the missionaries leaned over to tell me that I had the privilege of giving the gospel to several Hindus and Muslims who had never heard the good news of Christ’s perfect life, substitutionary death, and victorious resurrection. That experience changes a person. Though we do not need to abandon gospel-ministry in the States (I mean, I am a pastor in the U.S.), the needs of the nations are extremely great. There are nations with little or no access to the gospel.

The whole reason the CP began in the first place was to cooperate together for the good of the Great Commission. State conventions help by providing mercy ministries, training, and even some church planting, but to keep more money in the states than we send to the nations goes against the main point of the CP. If every state moved to a 50/50 split immediately, Southern Baptists could send double, triple, and even quadruple our current missionary force.

Jesus taught that wherever our treasures lie, there we find our heart’s greatest desires (Matt 6:21). Young pastors graduate from our seminaries with a zeal for overseas missions like never before because of the great work of our Great Commission seminaries and the opportunities afforded to them in the twenty-first century. They begin missions’ budgets in their churches and take their people on short-term trips. The people buy in quickly because they believe the Bible and they see the needs of the world. I’ve seen this play out in the life of my own church. We may not make budget every month, but our missions account overflows weekly. When we preach the gospel to our people, and we call them to abandon all for the sake of Christ, we need to give our people credit…many of them will do it. Yet when their “missions money” goes to the state, and very little of it makes it to international missions, our people lose trust in the CP. Let’s trust that our churches have a heart for missions, but let’s change our state budgets to reflect the hearts of our people for missions.

The Southern Baptist Convention exists to provide a partnership among like-minded churches for theological education, church planting, disaster relief, and more. Among our Baptist 21 leaders, we thank God for the educations we have received at SBC seminaries. However, we cannot forget that our Convention centers on cooperation around international missions. Conventions on the state level and local associations often do well serving their states and cities, but we want to ask our states, particularly, to join together in revisiting a 50/50 split. Many states have done this already, and the people have responded. See: http://flbaptist.org/pastors-tell-why-they-are-increasing-cp-gifts/ Let’s pray for other states to follow so that we can return to our central passion as Southern Baptists—reaching the nations with the glorious gospel of Christ.

Our article today is by Peyton Hill, the Lead Pastor at Highland Baptist Church in Grove City, OH and frequent contributor to B21.