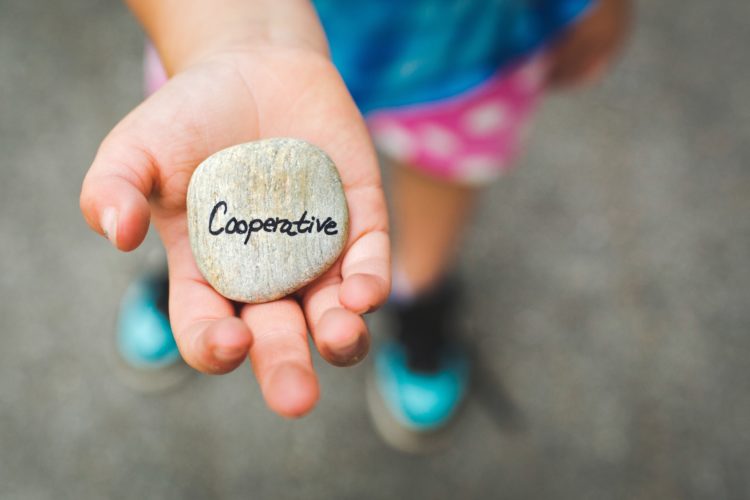 Last week Southern Baptists learned that one of their largest churches, Prestonwood Baptist Church, is going to push pause on Cooperative Program (CP) giving. For those who know the role CP giving plays in SBC life, this announcement is a big deal. CP giving is often a key standard by which leaders and churches are judged. The CP is significant in SBC life because it is the funding mechanism for almost all of its cooperative ministries—a list that includes the largest missionary force in world history, several of the world’s largest seminaries, colleges, universities, mercy ministries, and more.

But the CP isn’t perfect. When over 50,000 Southern Baptist churches cooperate for the advancement of the Great Commission, it’s reasonable to expect consistent frustrations and disagreements. That’s why Southern Baptists have always and will always have discussions about how best to handle the monies given to the CP. Disagreements are the norm. But the action taken by Prestonwood isn’t. Whether you think Prestonwood’s actions are justified or not, I think we can all agree it’s unusual.

How should Southern Baptists respond to this action? Should they follow suit? Should they speak out against it? Based on my conversations over the past few days, the plans for how best to deal with the current Southern Baptist problems and divisions are just about as varied as I’ve ever seen. If you’re not new to these types of disagreements, you know it’s simplistic to act like the problems are only on one side of a divide. They’re almost always more complex than is immediately obvious. That’s why, in the midst of all of the problems, I’d like to ask you to consider praying the following 5 prayers with me.

I Pray That Southern Baptists Pray More For Unity – Jesus prayed that his followers would be united (Jn 17). The Apostles prayed that their followers would be united (Eph. 1; Phil 1). They prayed for unity amongst God’s people because unity amongst God’s people won’t happen without God’s help. Division is what happens when we’re left to ourselves. It feels more natural to us. We need God’s help to be unified. I love the way the SBC president Steve Gaines and the SBC president before him, Ronnie Floyd, have led our convention to be a people of prayer. The church I lead, Redemption City Church, is currently going through a #30DaysOfPrayer, not because we’re disciplined, but because we’re desperate. We’re desperate for God to bring about the outcomes we want to see, that we know we’re unable to control. Let it be said of Southern Baptists, that through all of the conflicts, we became more of a people of prayer than we were before. Let’s be like Jesus and the Apostles and pray for unity.

I Pray That Southern Baptists Pursue Unity Where It Is Most Difficult – Unity isn’t just difficult, it’s impossible. Because we all will be wronged enough to have “good” reasons to avoid pursuing unity, while feeling like the victim. Thankfully, the Spirit of God loves to use the gospel to unite people that are “impossible” to unite. No doubt people thought it was “impossible” to unite Jews and Gentiles in the Ephesian churches. But the Apostle Paul wanted them to understand that the gospel isn’t just meant to unite people that have small disagreements. It’s meant to unite the most deeply divided peoples. Ken Sande was right when he observed that peace doesn’t just happen, it’s made. A gospel that is glorious enough to reconcile a holy God to unholy men and women, is certainly able to reconcile unholy men and women to each other. I’m praying that Southern Baptists will pursue unity where it is most difficult. I pray we see more moments in SBC life like we saw last year at the SBC when Steve Gaines and J.D. Greear came together in unity. While it will mean different things for different people, but it will mean something for all sides of all debates. The gospel is powerful enough to bring unity about for all sides of all disagreements and divisions.

I Pray That A Spirit Of Humility Characterizes Southern Baptists – One of the greatest threats to unity is pride. It divided humankind from God in the Garden of Eden, and it’s been dividing us ever since. Pride doesn’t just want to be right, it wants to be recognized as right. Often times, pride wants to be recognized as right at the expense of someone else. But most of the time, frankly, it’s hard to know exactly where pride is present in these disagreements—even though we know it’s there. But God sees it. That’s why we need to pray that he’d help us all see it and turn from it. Unity grows in the soil of humility. I think we can all agree that pride is present on every side of every debate, although it’s tough to say where exactly. That’s why I’m praying that the Spirit helps us see it in our own hearts and turn from it. I’m praying that we humble ourselves enough to own 100% of our part of the problems we’re in. I’m praying that we might even be willing in some situations to be wronged, like Jesus, and still work for the good of those who are doing us wrong. Unity depends on humility.

I Pray That A Spirit Of Love Characterizes Southern Baptists – Jesus said, “By this all people will know that you are My disciples, if you have love for one another” (Jn 13:35). He didn’t say that we’d always be lovable, but that he wants us to always love. The Apostle Paul called the Corinthian church to a love that is defined like this: “Love is patient and kind; love does not envy or boast; it is not arrogant 5 or rude. It does not insist on its own way; it is not irritable or resentful; 6 it does not rejoice at wrongdoing, but rejoices with the truth. 7 Love bears all things, believes all things, hopes all things, endures all things.” This kind of love, strangely, requires us to be in circumstances where other brothers and sisters in Christ have wronged us to the point that we would naturally get irritated and resentful. This kind of love requires the kind of situation that Southern Baptists have been and are in right now. That’s why I’m praying that we use our deep disagreements and divisions to display the undeserved love of Christ to each other.

I Pray That Southern Baptists Avoid The Payback Mentality – Jesus called his disciples to love their enemies (Matt. 5:44). The Apostle Paul had to remind the Ephesian Christians that we don’t wrestle against flesh and blood, but are to have “gospel of peace” shoes that enable us to run to any relational conflict requiring supernatural reconciliation (Eph 6:10-20). One of the reasons they had to tell Christians those kinds of things is because 1st century Christians didn’t naturally respond graciously to relational conflict anymore than 21st century Christians do. Regardless of where all of the current discussions lead, I’m praying that we can avoid the payback mentality that says whatever you do to me, I’ll do worse to you. I don’t want to see pro-ERLC Southern Baptists use this action to justify pulling away from SBC life, which, inevitably, will lead to an endless series of “back and forths,” until SBC life reeks with the smoke of burned relational bridges. Let’s expect to be sinned against. Let’s be ready to accept apologies. Regardless of your “side” on whatever particular “issue,” let’s avoid the payback mentality.

Thankfully, Jesus is on his throne and he loves all of us. Nothing will stop his perfect purposes for you, me, or anyone else in his family. That means no one can take away anything he thinks is best for you. Rest in his care (1 Pet 5:7). Follow his lead (Jn 1:43). And let’s stumble forward together.