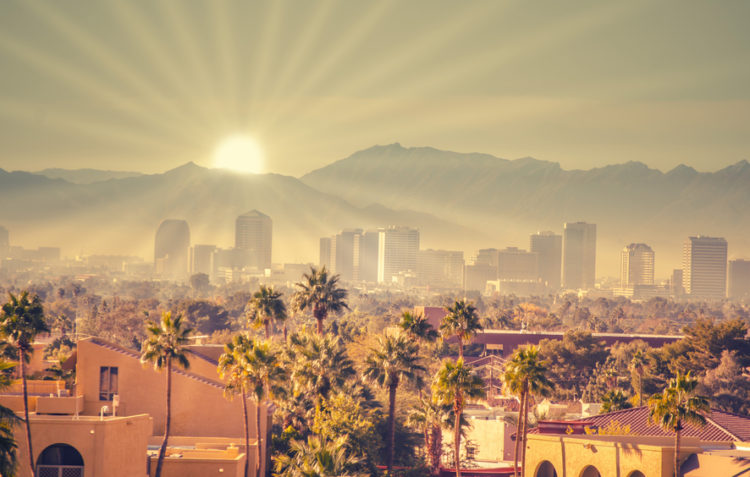 The SBC is preparing for her Annual Meeting. Aside from being far west of the typical SBC footprint, and being a hot place for us baptists to gather, Phoenix is also one of the most unreached large cities in America. By any measure—city population, metro area or regional influence—Phoenix is a major North American city. The center of the Valley of the Sun has as much sway over its area as any other state capitol. If it were not for an enormous physical feature (Grand Canyon) north of the city, Phoenix would be completely synonymous with Arizona, with all due respect to Sedona and Tombstone. It is the sixth largest city in America, and it only features an Evangelical population that makes up 12.3% of the Phoenix Metro.

We obviously have a long way to go to reach the people of Phoenix with the gospel. There are 297 Southern Baptist congregations in the three-county area covered by Send North America: Phoenix. That leaves an SBC church-to-population ratio of 1:18,497.

In the most recent release of Barna Group’s Barna: Cities, the researcher listed the most and least “Bible-Minded” cities in the United States. Phoenix ranked 89th out of 96 as one of the least Bible-minded metro areas in the U.S.

NAMB has designated Phoenix as one of their SEND Cities and would love for you and your church to consider partnering to reach her. What’s more, they are making it really easy for you to scout out the city, meet church planters, and learn more about the need there, while you are at the SBC Annual Meeting in June. They have scheduled a Catch the Vision (CTV) Tour for Friday-Sunday prior to the Annual Meeting. Our good friend Micah Fries, Senior Pastor of Brainerd Baptist Church in Chattanooga, TN is hosting the CTV Tour. If you are already planning to be in Phoenix for the Annual Meeting, we would love to invite you to consider coming a couple of days early to learn more about Phoenix, meet some church planters, and worship with a Phoenix area church plant on Sunday. To help you out, NAMB will even cover $300 of your hotel costs if this is your first CTV Tour.
If you are interested in more information about SEND Phoenix check this link out.
If you want to register for the CTV Tour, click here.
This is a great gospel opportunity in a city with great need. We hope you will consider whether or not this would be a great place for your church to partner.