This series has focused on the reflections of those that attended the annual Southern Baptist Convention in Louisville, Kentucky. Those that have graciously given of their time to help us reflect on the SBC have been:

This final installment comes from b21’s own Scott Wilson. Baptist21 wanted to get the thoughts of a first time attendee to the Southern Baptist Convention and b21 Contributor Scott Wilson is fresh off his first attendance to an annual meeting. 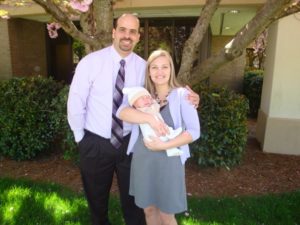 From baptist21 Who We Are Page: Scott Wilson is the Minister to Students at Christ Baptist Church in Raleigh, North Carolina. Scott has a BA in Music from Florida State University (Go Noles!) and a Master of Divinity from Southeastern Baptist Theological Seminary. Scott is currently working on a PhD in Systematic Theology at Southeastern. Scott is twenty-nine years old. His wife’s name is Megan and they have one child, a baby boy named Silas, who was born on February 6th of this year.

Give us your impressions of your first convention, what did you like? What did you dislike? What was interesting?

First, I was encouraged by the attendance, which was apparently greater than last year (even in a down economy) and younger than last year. While I’m sure having the convention in a seminary city helped bring some younger folks in, I also believe that young guys are motivated by the Great Commission Resurgence (GCR) movement. It is something they believe in and want to be a part of. With that in mind, I don’t think I could have picked a better year to attend my first convention. You hear about the great convention meetings of the past when the battle for the Bible was raging (1979 onward) and you think, “I would have liked to have been there for that!” I believe that if Southern Baptists will rally around the Gospel, not just on paper, but in our churches and in our personal lives, we could look back on the conventions of 2009 and 2010 as being historic meetings in SBC history.

What did I not like? Well, from what I hear there are always goofy motions made at the convention and this year was no exception. (I just had to set my Pepsi down to type that sentence—just kidding. But seriously, do we really feel the need to pick a different corporation every year to boycott? Is that our best strategy to build up the Kingdom?) Also, it seems that many come to the convention with an agenda to tear down a particular person or a particular institution. While I’m sure they are convinced that they are pursuing the purity of the SBC, I do not think these motions are profitable to the convention. Also, they (those making the motions to tear down people and institutions) are often either very ignorant about their subject matter or are purposely misleading. I hope the former but I fear the latter. In a word, I do not like the politics that you see at the SBC. But you are going to have politics whenever you put 8,000+ sinful people in a room so it is to be expected.

What drew you to this year’s Convention as your first? Why should young Southern Baptists come to a 2-day business meeting? Why would you recommend (or not) to others to attend the Southern Baptist Convention?

I’ve been wanting to attend the convention for years just to see what it was like. This year I was particularly drawn to attend by the b21 panel event. I also was excited about hearing the particular guys who were on the slate to preach at the Pastor’s Conference (PC). Plus, a few of my closest friends were going and it was a good chance to hang out with those guys for a few days and talk about theology and the Office (two of our favorite things to talk about, although the first is just a smidge more important than the 2nd!).

There are many reasons why I would recommend anybody, young or old, to attend the convention meeting. First, I wouldn’t see it as a two-day business meeting. If you come for the Pastor’s Conference (PC), the two days prior to the convention, you will be challenged from God’s Word and it will be a spiritually encouraging time for you. Wouldn’t you pay to go to a conference and hear guys like David Platt, Francis Chan, J. D. Greear, and others? (Next year I am very confident based on the guys picking the speakers that the line-up will be tremendous for the PC once again). Plus, the two days of the convention itself also include some great messages along with the business stuff. While the motions and votes themselves might not be appealing I think we need to be mature enough to understand the gravity of what is being decided on in these meetings. These are not trivial matters—they effect the future of the convention of churches of which we are a part. Next year guys who love the Gospel will want to be there because I believe there will be some really important things being voted on. The GCR task force will be coming with motions on various subjects that will effect the future of the SBC and we will need guys there to vote who believe in the GCR and what we are trying to accomplish. Young people talk about wanting to have a voice and a “seat at the table.” How can we complain that we don’t have a voice if we don’t even show up to vote at important meetings?

Who did you enjoy at the Pastor’s Conference and what did you find helpful?

There is really a lot I could say here, but let me quickly mention a few items from three of my favorite sermons from the PC. First, J. D. Greear’s message on pharaseeism from Matt 23 was very convicting to me—it was pretty much like a pen being stuck in my eye-ball. His description of religious people was way too close to home for me; I need God to bring changes to my own heart. I want to be sure I love the Lord supremely and not my religion or the attention I get from others for being religious. Second, it has been said that David Platt’s message was one of the best ever given at an SBC meeting. I have only been to one PC so who am I to judge but I will tell you that I don’t know how you can listen to that message and not be pumped about missions and what God is doing in the world. I first heard David Platt at Student Life Camp in Florida three years ago and I have been listening to his podcast from the Church at Brook Hills ever since. As far as I’m concerned, the more people in the SBC who are listening to David Platt the better. He is a pastor who is Word-driven and Gospel-centered and his humility shines through whenever he speaks. Lastly, I was very challenged by Francis Chan’s message on his church’s attempts to model the church in Acts and live in community with one another. I think genuine fellowship and community is something that has been lacking in SBC churches (broadly speaking). It is something our postmodern culture longs for and the Emerging Church (while I don’t agree with much of what they are saying) has rightly reminded us of this. Francis Chan is saying some things that we need to listen to. Those who weren’t at the PC can probably get the CDs of those talks online from the SBC Tapes folks—they are all well worth listening to.

What are some major things you have reflected on post-convention?

Since I was pretty much a “Chatty-Cathy” on my first answers I’ll strive for brevity here. I’ve been reflecting on 3 major things since the convention: (1) These are important days for the SBC. I believe in the GCR movement and those leading it. I pray that our convention of churches will center everything around the Gospel at the church-level. If we do, what amazing things we could see God do in us in the days ahead. (2) My own life needs to become more Gospel-centered. I have too much religion and not enough Jesus, too much talk and not enough action. If I want to be used to the fullest extent to build up the Kingdom, there needs to be more of Christ and less of me in me (John 3:30). (3) How blessed I am to be a part of what God is doing in and through b21. It is so encouraging to me the number of guys who came out to our panel event at Sojourn during the SBC and the number who, though unable to come, have watched the video of the panel online. It seems that every day those of us who write for b21 are meeting guys who share our vision for the SBC and want to be a part of it. They are bothered by the same things that bother us and yet they are passionate about how God can use the SBC if we will choose to keep the main thing the main thing—bringing the Gospel of King Jesus to the nations!