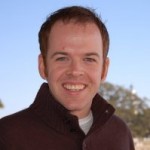 Jay Hardwick is Lead Pastor of Awaken Church, a soon to be launched church plant in Columbia, SC. He holds a M.Div. in Missions, Evangelism, and Church Growth from The Southern Baptist Theological Seminary in Louisville, KY and a Bachelor of Arts from North Greenville University in Tigerville, SC.

In addition to leading Awaken, Jay helps lead and facilitate a church planting network in the Carolinas called The Cypress Project. In spite of its infancy, The Cypress Project is currently training 20+ church planting teams in 3 coaching centers with plans for more in 2010. He speaks often in conferences and on college campuses, blogs regularly (JayHardwick.com) and has been sucked into the Twitter-verse (@jayhardwick).

B21 Interview with Jay Hardwick

What drew you as a young Southern Baptist pastor to this year’s meeting?

There were several factors that led to me attending the SBC annual meeting. On the practical and personal side, my wife and I both graduated from Southern and during seminary, I was on staff at a church in the Louisville area. Some of our best friends are still there, so we always enjoy returning to the Louisville area.

In addition to the practical and personal side, there are some things happening in our convention that give me great hope for the future. First, I am encouraged by the Great Commission Resurgence movement. When I listened to Dr. Danny Akin’s message on the axioms of a GCR, my first response was, “sign me up!” When I saw the numbers of people adding their names to the endorsement list, I knew this would be a historic meeting.

Second, as a young pastor, it’s easy and probably natural to throw rocks and complain about various aspects of the SBC. But, the healthy and needed thing is to get involved. I felt compelled that I needed to get involved and what better time to do it than now.

Third, along those lines, there are some significant conversations happening now among my church planting brothers and convention leaders in South Carolina that have tremendous potential to bring about a new level of gospel-centered, mission-driven unity between young and old pastors, and new and established churches.

Fourth and finally, I have been encouraged by the Baptist21 movement and I was particularly interested in and excited about the panel lunch.

What were the highlights of the annual meeting to you?

I thoroughly enjoyed the preaching at the Pastor’s Conference. Particularly, I loved hearing from Ed Stetzer, Francis Chan, Alvin Reid, David Platt, and our President, Dr. Johnny Hunt. Platt’s message was honestly one of the most, if not the most, powerful, prophetic, clear word from God I have ever heard. The Pastor’s Conference set the tone for the convention meeting in a powerful way.

The Baptist21 panel lunch was definitely a highlight. I never would have imagined 600 young leaders showing up! The panelists did a great job answering tough questions with great honesty and with very candid, down to earth attitudes.

The overwhelming vote to call for Great Commission Resurgence and to authorize Dr. Hunt’s selection and forming of the GCR Task Force was encouraging. Our “family” acted clearly and decisively to focus exclusively on the Great Commission and the Kingdom of God.

I’m a relational guy, so being able to meet many new friends and catch up with many old friends was a definite highlight.

Was there anything at this year’s meeting that was discouraging to you?

While I was somewhat disturbed by some of the motions presented and by some remarks made from the stage, none of that was a big surprise. I think I was most discouraged by how some of my brothers both in the SBC and not, both at the meeting and not, responded to the off the wall motions via Twitter and their blogs.

It seriously was like some were waiting on the “SBC Gone Wild” to break out and when it did, they were ready to jump on it. It discouraged me that 3 days worth of gospel-centered, mission-driven movement suddenly was lost because of 10 minutes of nonsense. Many of read of the motions via Twitter and blogs never heard the rest of the story…that none of those motions even made it to the floor and that we moved powerfully in the direction of unity around the Great Commission, not the next boycott. And THAT is the message of this convention – Great Commission, not boycotts!

Do you wish that more young Southern Baptists would get involved in the Convention and how can we make that a reality?

Of course, I wish more young pastors would engage in the SBC. I agree with a comment Dr. Stetzer made in his sermon at the Pastor’s Conference – “We’ve preached a generation of young leaders out of our convention and they’re not coming back.” By slamming young guys for their dress, worship styles, leadership styles, church strategies, etc, we’ve lost some guys. By not supporting church planting with significant resources, training, and coaching, we’ve lost some guys. And some won’t come back.

But, some will. It will take time, but some will.

Young pastors need to know that their voice really does matter. They need a meaningful way to connect with other young pastors. They need to see that the dollars they give to the Cooperative Program actually go to mission and not to the machine. They need older pastors to love them like sons, not tolerate them like step-sons.

And, young pastors need to put their frustrations aside and get involved. Like I said earlier, you can throw rocks all you want, but if you want something to change, get in the ring. The grassroots effort of Baptist21 is helpful for this because we have a network of young guys who are in the ring. We can then use our relationships and influence to get others to join us.

What was the most interesting thing you heard at the b21 panel?

Hard to pick one thing as the most interesting. I would have to say Dr. Mohler’s exhortation to not look for too much from the SBC was probably the most interesting. He rightly stated that many are frustrated with the SBC because they are expecting it to do too much for them.  His encouragement to find your identity and fulfillment in your local church – planting, building, preaching the Word – was especially challenging and encouraging. If we expect too much from the SBC, then it becomes a tribal idol. If we expect too much from the SBC, then we begin to trust it to do what our churches should do – make disciples, train pastors, send missionaries, etc.

My previous answer would probably fit here, too. But I think the panel’s discussion about preaching was especially helpful. Dr. Akin’s 5 questions to ask of every text, Dr. Mohler’s call to trust that every word comes from God and points to Jesus, and David Platt’s challenge to only trust the Holy Spirit’s work through the preached Word of God for salvation were especially challenging, encouraging, and helpful.