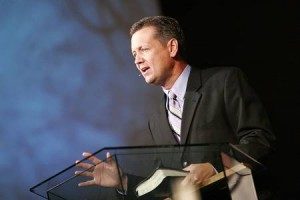 Recently, there have been two articles of note in Southern Baptist Press. The first is an interview with Pastor Johnny Hunt about the Great Commission Resurgence. He covers some controversial topics, such as: why a GCR, why so much “push back” from Baptist state executives, a GCR motion for the Convention in Louisville calling for a task force to study the GCR, his frustrations with some critics of the document, and why other denominational leaders names are absent. This is a necessary read.

In addition, it was announced yesterday by BaptistPress that Dr. Kevin Ezell, pastor of the Highview Baptist Church in Louisville, Kentucky, will be nominated as President of the Pastor’s Conference at this year’s convention.

Below are excerpts from both of these articles, for the entirety of the Hunt Interview click here and the Ezell story click here. 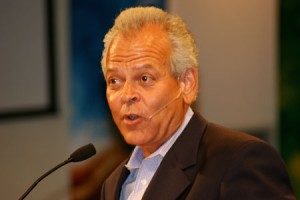 KEYSTONE HEIGHTS (FBW) – The Southern Baptist Convention is a ship “adrift” and so low in the water that it “probably” needs to rid itself of some unnecessary “cargo” to “float and be healthy and strong again,” SBC president Johnny Hunt said in a May 13 interview with Florida Baptist Witness.

Confirming his intention to seek re-election, Hunt said his recently released “Toward a Great Commission Resurgence” declaration offering a 10-point plan for rekindling fervor in SBC life for Jesus’ missionary mandate was a needed “shock” to the unhealthy denomination in spite of the “ruckus” it has created.

…Noting much of the “push back” on the document has come from state convention executive directors who saw the declaration as an attack on their ministries, Hunt said he has spoken with many of those leaders and he agrees with Union University president David Dockery that all “partners” will be needed for a Great Commission Resurgence.

“We’re all partners – all of our state guys, associations, we’re partners. I think when it’s all said and done it will show them in a greater light to a younger generation and to any that would cast doubt on the faithfulness of the denomination,” Hunt said.

Hunt confirmed a motion will be offered at the SBC annual meeting in Louisville next month directing him to appoint a task force to study the GCR declaration and bring a report and recommendations to the 2010 annual meeting in Orlando.

Expecting the task force likely will be comprised of 12 persons, Hunt said although he is not ready to name specific persons he would appoint to the “very fair committee,” the types of people he anticipates naming would include leading pastors, a state convention executive director, a seminary president, and a college president – without speaking exhaustively of the potential make-up of the group.

…Hunt expressed frustration that those who are concerned with certain wording in the document did not give him the “benefit of the doubt.”

“Why is there so much – and maybe there is a better word, but I feel sometimes – so much distrust in this Baptist family? That’s why I think we need health that only God can give,” Hunt said.

Imagining an alternative way critics of the GCR declaration could have responded to him, Hunt continued: “So much distrust to believe that someone that has led a church, started a lot of churches, given a lot of money and been a friend to all – why is there such distrust? Why couldn’t we say, ‘I want to ask him about a couple of those words because I know him enough, know his heart enough, that we’re brothers.’ But it’s almost like it sets us aside and at odds with each other at first run of the document, instead of just saying, ‘I want to get clarity on that. Maybe there’s something I haven’t seen.'”

Noting that the local church is “king” in Southern Baptist life and each of the spheres of denominational life – associations, state conventions, national entities – are answerable to the churches, Hunt said, “It’s sort of like I almost feel like I have to ask permission to ask a question about the agencies I support. That gives me major, major heartburn.”

…”I would like to see churches give more money than ever before. But as it gives it, I would like to see bureaucracy ceasing to grow so much larger,” Hunt said, describing a future scenario in which a state convention would determine that it has enough funds to do its ministry and can give more beyond its state.

“I hope it would come to the point they say, ‘You know what, we don’t need to grow the bureaucracy any larger. Let’s just send that money on.’ I’d like to see that happen in a greater amount,” Hunt said, quickly adding there may be some state conventions that need the assistance of other state conventions.

Although acknowledging the GCR declaration was reviewed before its release by certain SBC agency leaders and megachurch pastors, Hunt said he did not regret not involving some state convention executives in the drafting and review process because it’s a pastoral effort.

Patterson, Hunt said, thought the declaration was a “great document, but I leave it to his conscience as to whether he would publicly sign it.”

Although Hunt and Chapman had a “very commendable time of sharing,” Hunt said they saw the matter differently, perhaps because “he’s sitting as an executive director and I’m out there with the pastors every week,” adding that Chapman is “certainly … with pastors a lot, too.”

Hunt said he was surprised to learn in some research he did after the release of the declaration that Chapman made a call for an “overhaul” of the denomination similar to GCR in an address some years ago at Union University.

In light of that call, Hunt wondered why Chapman would not support GCR.

“Is it more about who says it? I don’t know. But I mean, what’s the difference in him saying it,” Hunt said, adding that he thinks such a declaration should come from a local church pastor, like himself, rather than a denominational executive.

Ezell to be Pastors’ Conf. nominee

“Dr. Ezell is one of our finest young leaders and is biblically authentic and incredibly innovative.” (Hayes Wicker)

“He is a stellar example of the ‘new breed’ of balanced leaders.” (Hayes Wicker)

“He is a change agent who is not content with ‘business as usual’ but is proactive and bold. I thank God that he has not made an omission of the Great Commission.” (Hayes Wicker)

Wicker said Ezell’s heart for missions encompasses his birth in Germany into the family of an Air Force dad; two children from China and Ethiopia among his five children; and his leadership in a “A Million for Missions” Highview initiative for global outreach.

“Since the start of Ezell’s pastorate at the church in 1996, Highview has nearly tripled its worship attendance and doubled in Sunday School.” Wicker said.

Ezell is the first announced nominee for the Pastors’ Conference presidency.